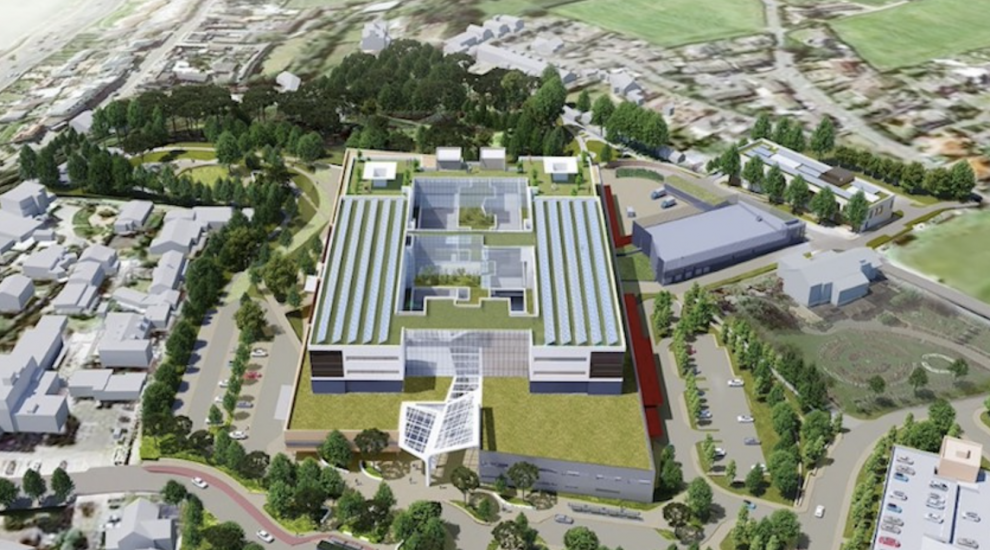 Jersey's Environment Minister has given approval for a new hospital at Overdale, subject to a number of planning conditions.

Deputy John Young yesterday (18 May) announced that he was following the recommendation of an independent planning inspector to pass an application by the Government to build a £804m ‘health campus’ on Westmount.

The conditions include requiring that a detailed landscaping plan is submitted and approved by Planning; a precise plan of material used to finish the buildings is produced, and there are more details provided about external lighting.

In the independent planning inspector’s report, Philip Staddon concludes: “In my overall assessment I find that the positives, in terms of policy compliance and major public benefits, outweigh the harms and policy tensions.

“I do not understate or downplay the harms and tensions against some policies, and I respect the views of those that have expressed opposition to the scheme, and have presented good arguments and evidence.

“However, this is a plan-led development and the plan-led conclusion of my assessment is not without consequence.

“Accepting the importance and imperative of delivering the hospital on this allocated site, the key overarching test is whether the application proposal represents the very best proposal in planning terms when considered ‘in the round’.

“My conclusion is that it does and that, when considered against the Bridging Island Plan holistically, and notwithstanding some acknowledged and identified tensions with certain policies, it accords with the plan as a whole.

“I recommend that the Minister grants planning permission, subject to recommended planning conditions and to the applicant entering a Planning Obligations Agreement.” 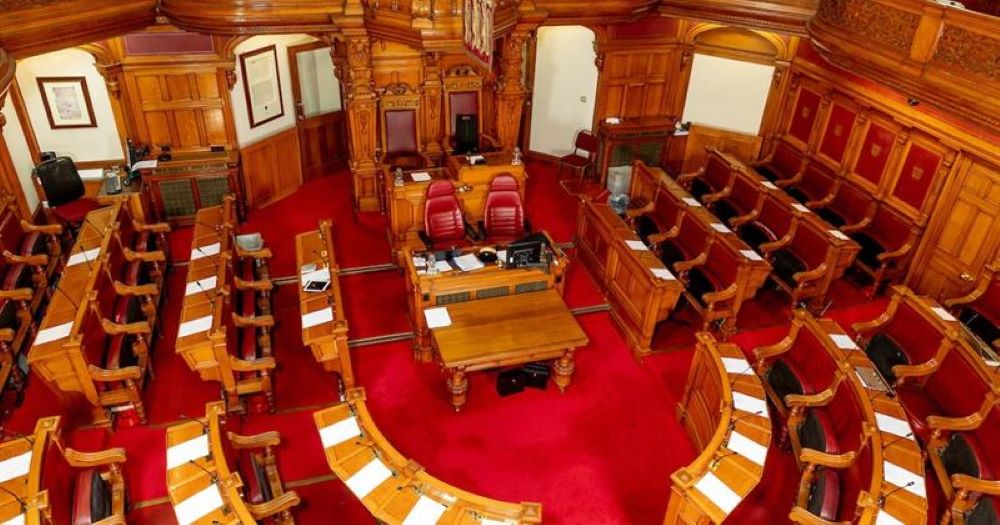 Pictured: The decision was made 36 days before Jersey's election.

The criteria against which the inspector judged the application was the Bridging Island Plan, which was passed by the Assembly at the end of May.

That document, which went live as soon as it was passed, includes a policy [CI3] which says that proposals for a new hospital at Overdale “will be afforded the highest level of priority” but only if it “is not considered to cause serious, unacceptable harm to the character and amenity of the wider area or neighbouring uses”.

It adds that a new hospital will only be supported of “if it has been demonstrated that the proposed development represents the best design option relative to the needs of the hospital and the land available.” 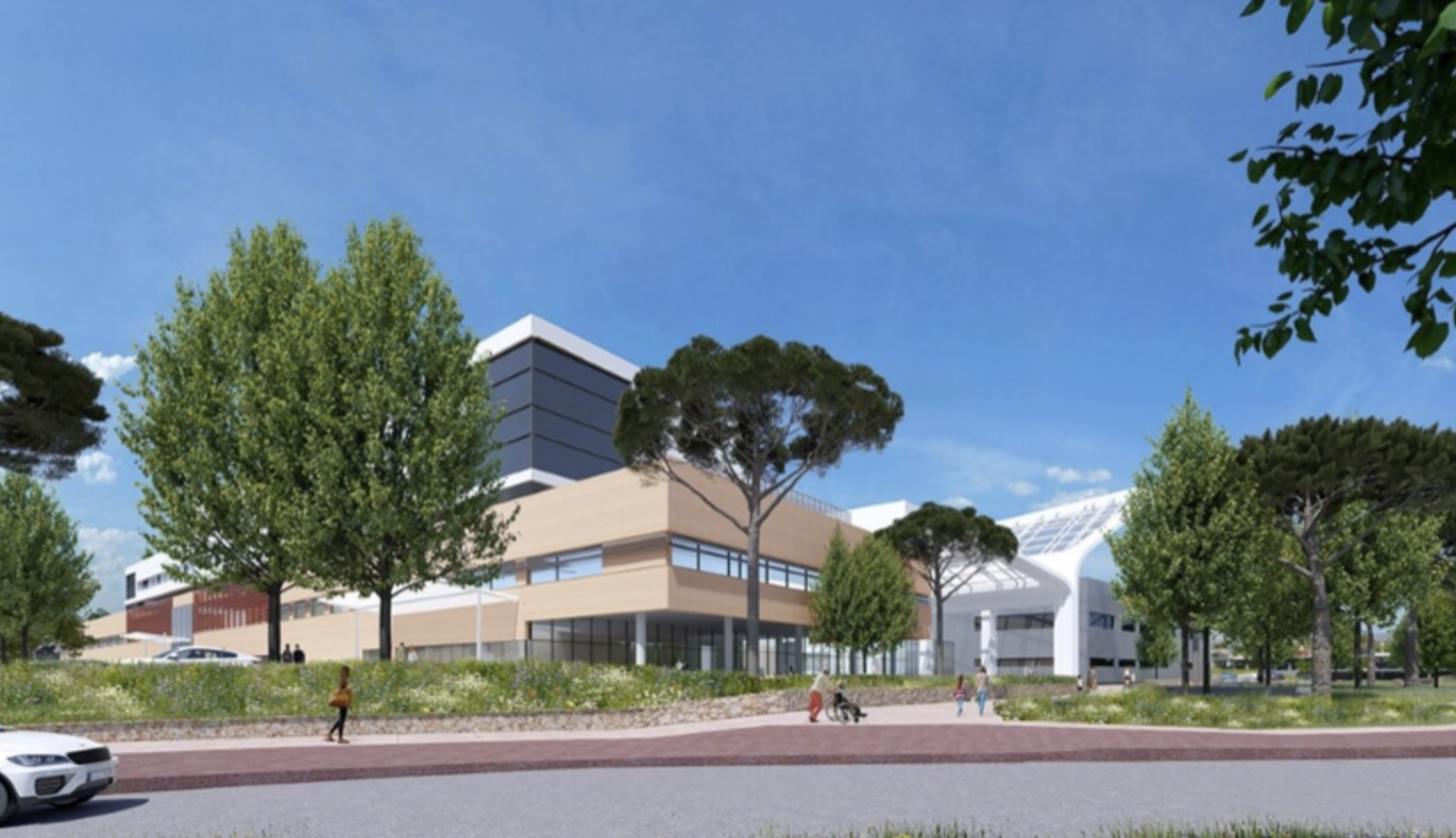 Pictured: An artist's impression of the new hospital.

Deputy Young said: “The inspector’s report is comprehensive and provides a clear recommendation.

"I am very grateful to the planning inspector for delivering a high-quality report.”

In making his recommendation for approval, Mr Staddon went against a recommendation of the Planning Department, which judged that the application should be rejected.

The current Council of Ministers have invested a substantial amount of political capital in getting the hospital ‘over the line’ before next month’s election, while opponents have fought a determined campaign, arguing that the Overdale is the wrong place for a building of the size and scale proposed.

With Jersey's election 36 days away, the final list of candidates published tomorrow, and the political ‘purdah’ period in full swing, the decision came as close to the wire as it could.

It is only by chance that the sitting Environment Minister is not seeking re-election, thus he was able to argue that his decision was apolitical and free from personal ambition.

The Minister with political responsibility for the Our Hospital project, Senator Lyndon Farnham, commented: "I warmly welcome the decision and would like to extend my thanks to all who have been involved in bringing the project successfully to this point." 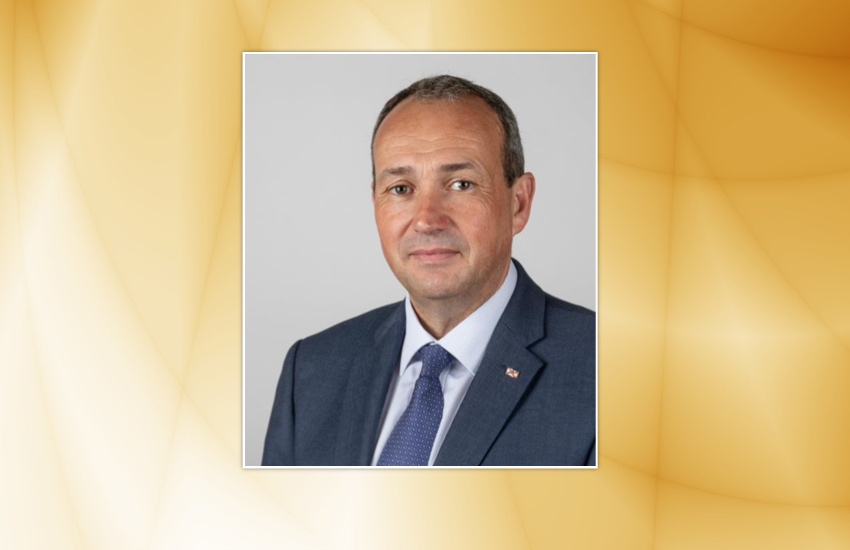 Pictured: Senator Farnham said: "Jersey's new hospital is an essential investment in our medical infrastructure and will provide the very best modern, fully flexible healthcare facilities located at Overdale, which has served Islanders for generations as a hospital campus."

Senator Farnham continued: "This decision now clears the path for the next phase of the project, which is to build the hospital and deliver it on time and in budget to be fully operational by December 2026."

Health Minister Deputy Richard Renouf added: "I very much welcome the Minister for the Environment's decision to grant planning permission for the new hospital. This is a tremendously important step in delivering a modern, new hospital, which Islanders and health care professionals richly deserve.

"I wish to thank all those involved for their hard work and dedication."