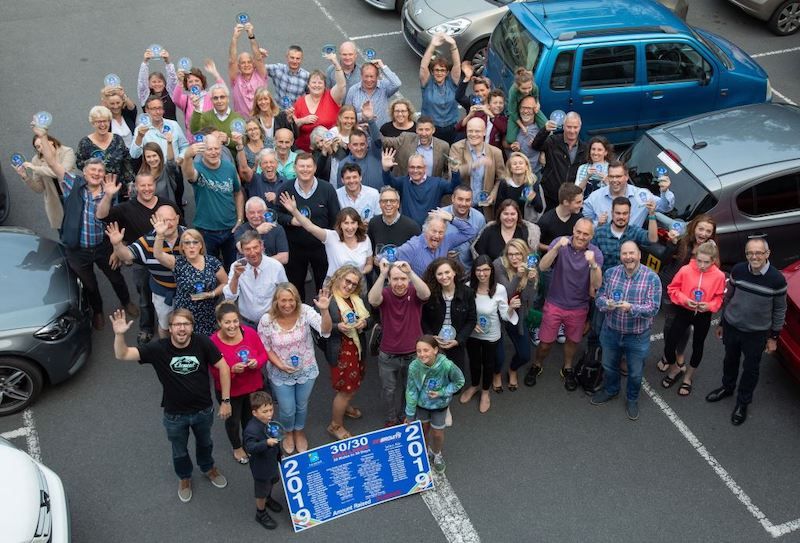 30 Rides in 30 Days set islanders a challenge to ride their bicycle for at least one hour per day, every day from 27 April to the 26 May.

As part of celebrations for its 30th anniversary, Julius Baer Bank decided to sponsor the challenge, and 15 members of its staff took part. Employees are also taking part in other ’30/30’ related events such as walks, bay swims, runs and yoga with all money raised going to Les Bourgs Hospice.

This year marks the 12th edition of the challenge which has now raised more than £740,000 for Les Bourgs Hospice.

Ian Brown, Managing Director of Ian Brown’s Cycle Shop, who created the challenge said: “Thank you to everyone who participated in, supported and donated to this year’s challenge. Les Bourgs is a fantastic charity that supports hundreds of locals every year and we hope to come back next year even stronger to continue to benefit the charity.”

112 people took part in this year’s challenge ranging from novices to avid cyclists with the youngest participant being six years old. 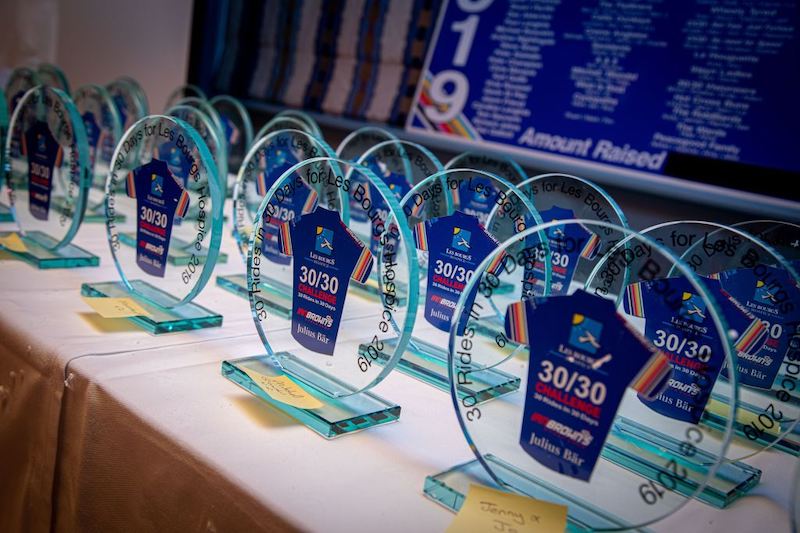 Trish De Carteret, Fundraising Administrator at Les Bourgs Hospice, said: “Each year when I see the amount that the public has raised for us I’m blown away. The generosity of the Guernsey public will never fail to amaze me.

“Thanks to Ian, the team at Julius Baer and everyone who was involved, your efforts will make a real difference.”

The final amount was announced at the challenge’s ‘final word’ event on Thursday 13 June at Les Rocquettes Hotel. The event was organised as a thank you to riders, to announce the amount raised and to hand out participation plaques.

The 30 Rides in 30 Days challenge was created in 2008 to revive interest in cycling in Guernsey and raise funds for charity.

Stephen Burt, Branch Manager of Julius Baer in Guernsey, said: “Guernsey has a fantastic community focus and we’re proud to have been a part of that for 30 years.

“The Julius Baer team felt that taking part and giving back to the community was much more meaningful than just holding a celebration for ourselves. I’d like to thank everyone for taking part in this year’s event and to Ian Brown for organising a great initiative once again.”