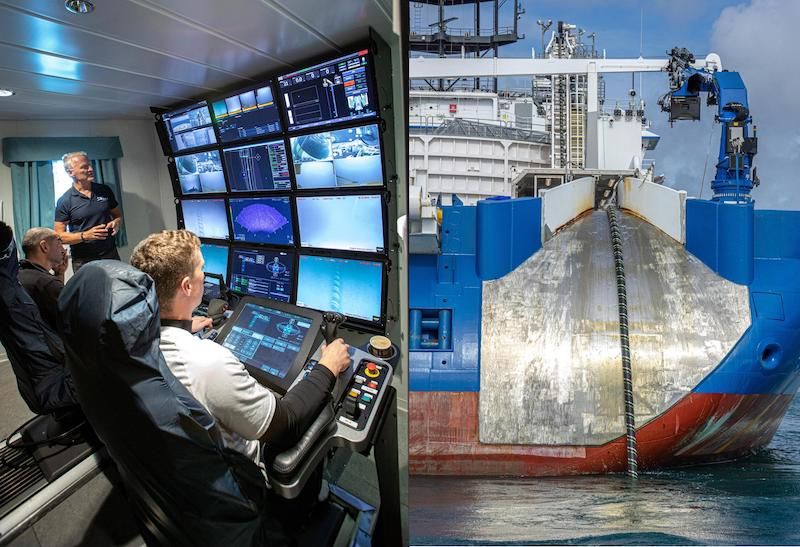 A new subsea electricity cable between Guernsey and Jersey will restore the island's imported energy supply, allowing the carbon-heavy generators at the power station to be taken out of regular use.

The NKT Victoria was in local waters yesterday laying the cable, which will run 37km from Havelet Bay to Greve de Lecq in Jersey.

Guernsey Electricity decided to invest in a new cable after continued faults with the previous one, which led to it being taken out of service.

The island has been reliant on on-island generators for the past year, which are far more polluting and expensive to run.

"The cable had some inherent defects that led us to conclude that it was better to replace than to continue to repair," said Mr Bates.

"If we don’t put this in there will be a 20 to 30% increase in costs which obviously wouldn’t look good on our customer bills. It also reduces the amount of carbon emitted significantly."

"The design life of this cable is 25 years but we would hope it could last 40 years." 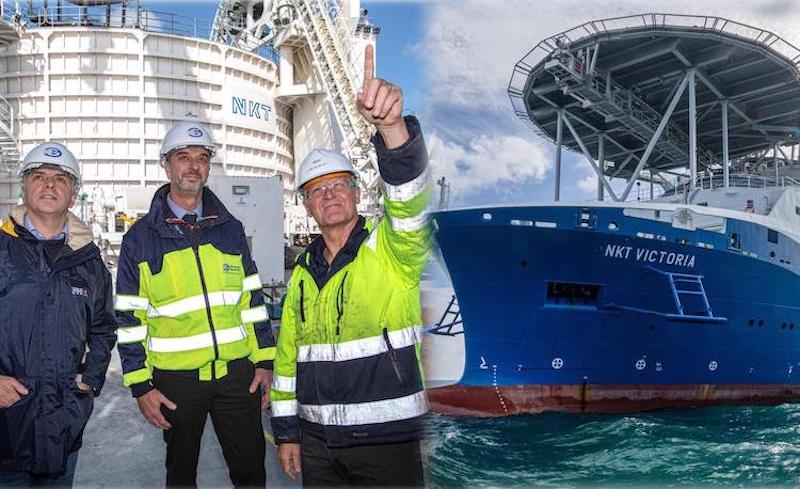 Pictured: E&I President Barry Brehaut and Guernsey Electricity CEO Alan Bates aboard the NKT Victoria, which they were shown around by its Offshore Construction Manager, Tony Collins.

"At the moment we are burning a lot of heavy fuel oil because we are using the on-island generates," he said. "We need to stop doing that as the ultimate aim is decarbonisation."

Plans for shoring up the island's electricity supply do not stop here, as Guernsey Electricity still wants a second direct link to France.

This would allow Guernsey Electricity to lower its on-island supply criteria and potentially phase out some of the generators.

A very successful day at Greve de Lecq in Jersey! The cable is ashore and in place ???????? We are another step closer to reducing our reliance on fossil fuels and returning imported low carbon and renewable electricity! #PoweringLife pic.twitter.com/vU1hxbFvec

The NKT Victoria was in local waters yesterday after visiting Jersey first over the weekend.

Pictured top: Technicians aboard the Swedish vessel laying the cable (All photography by Chris George).