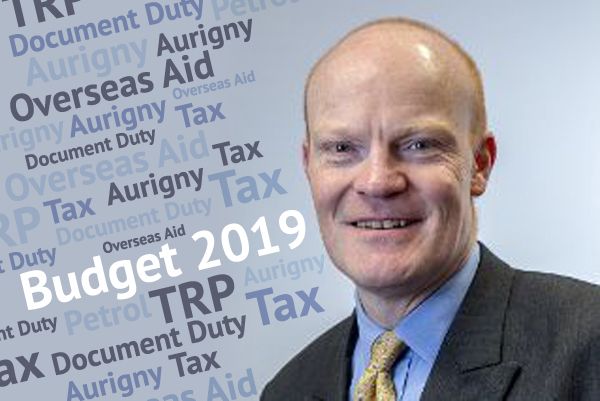 Guernsey's budget for 2019 is out, with the usual "revenue raising measures", some gifts from the government for first time buyers, married couples and the wider community, and very few surprises other than that.

The island remains in the black with a "modest surplus" of £1million confirmed, which Deputy Gavin St Pier said should make us all proud.

Pictured: Some of the figures released as part of the 2019 Budget.

The Policy & Resources President said that's been achieved through years of financial discipline and planning, but that doesn't mean the budget for 2019 comes laden with financial gifts.

"Financial discipline and planning: both are absolutely essential for a government and whilst unlikely to capture popular imagination, neither can be taken for granted.  Let’s not pretend it has been easy.  Imposing both on government has been met with both resistance and scepticism.  But now we can reap the rewards and be proud that our public finances have stabilised and improved whilst other jurisdictions continue to struggle.  That stability is vital as it allows the States to deliver the vital services on which we all rely."

The P&R President said his budget comes with "a number of positive measures aimed at easing the burden on islanders, replenishing the island’s reserves and community investment."

Pictured: Some of the measures in the 2019 budget include those above and below:

Deputy St Pier said some of the measures introduced "will directly benefit our community and residents." 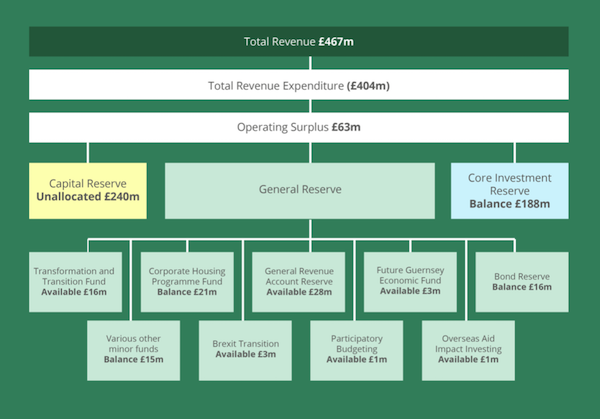 Pictured above: How some of the funds will be distributed under the 2019 Budget.

A number of different revenue raising methods, indirect taxes and regulations have been changed within the 2019 Budget. Express will be exploring them over the coming days, starting with a focus on fuel, coming later today.

Posted by milton carre on Oct 9th, 2018
well you can save a lot of money by not demolishing the l,ancresse wall, you could have saved a lot of money if you had stopped a certain deputy from doing wasting money on electric bikes,doing an upgrade at the salerie corner that did not need doing. time to look closely at the amount of money they have in their budjet.
Posted by Matthew Lowe on Oct 9th, 2018
So once again the motorist is being hit in the pocket, our fuel prices are already more expensive than in the U.K. i can remember going to the U.K. with a full tank of fuel and coming back on fumes, but now i do the opposite which isn't good for guernsey in general but it certainly benefits me.
Why don't the states try an alternative option and lower the price of fuel, then people will use there cars more, the cars with big engines that people are trying to sell as they can't afford the fuel will probably get used meaning more fuel sales win win.
Posted by Al Terigo on Oct 9th, 2018
According to P&R the duty increase will not increase in real terms the average total amount paid per individual due to lower fuel volume consumed by more efficient engines and change in driving habits! Or.. We will be driven out of our cars to safely walk to work faster than we are allowed to drive by Herr Brehaut! And when fuel duty receipts drop the duty will be increased commensurately to cover the shortfall under the official States Fuel Ponzi Scheme! Time to retrain our stomachs and seek Liberation?!
To place a comment please login Login »