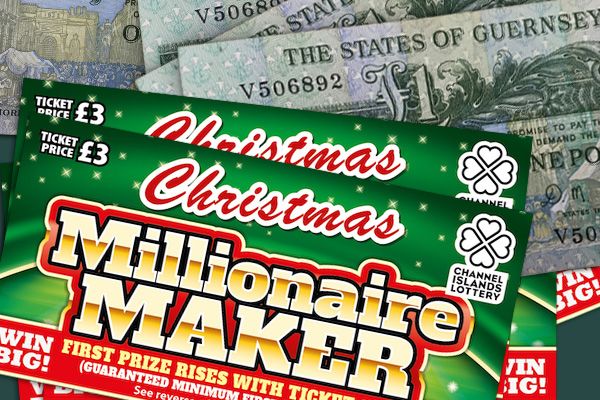 The States say more money was raised for local charities through the 2018 Channel Islands' Christmas Lottery, than in 2017.

Last year, Trading Assets which manages the Lottery changed the structure of the Christmas lottery draw by increasing the ticket price by £1. This meant more prizes were available and it also increased the guaranteed top prize amount.

As a result of this restructure, 14% more money has been raised for charities compared to 2017.

The Guernsey Lottery was established in 1971. Proceeds from the Guernsey ticket sales is donated to the Association of Guernsey Charities (AGC) to distribute to local charities and good causes. Jon Taylor, Senior Lottery Manager, said: “As a result of the restructure, we have been able to give a total of £218,118 to the AGC.”

Since 2013 the Channel Island Lottery has raised more than £6.8million for local charities and good causes. Beau Sejour Centre receives some of this and this year the 2021 Island Games which is being hosted in Guernsey is also benefitting.

Chairman of the AGC , Malcolm Woodhams, said: “There have been more winners than ever and charities have really benefited from the new structure.”

This year, forty local charities will receive distributions ranging from £400 to £26,000. These charities and causes will be announced at the Association of Guernsey Charities’ Annual General Meeting at The Peninsula Hotel on Wednesday 3 April.

Mr Woodhams said: “The AGC would like to thank everybody who supports the draw, including all of the shops, agents, and retail outlets selling tickets. The Christmas Lottery allows us to provide significant funding to help charities to expand and improve their services”.

GROW gears up for Christmas Fayre