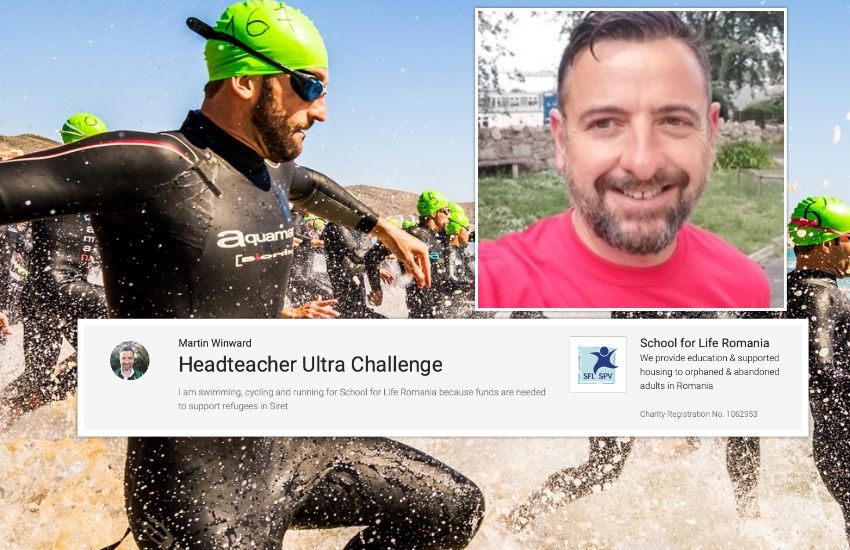 The Headteacher of St. Anne’s School in Alderney is planning to run, swim, and cycle 1,439 miles next month to raise funds in an ‘Ultra Challenge’ for refugee families escaping the conflict in Ukraine.

Martin Winward aims to raise £1,439 – equal to the number of miles between Alderney and the capital of Ukraine – in 14 hours and 39 minutes on Saturday 30 April.

He will be taking to the roads and the seas between midnight and 14:39 attempting to cover as many miles as possible over nearly 15 hours.

All proceeds will support the Romanian charity School For Life who are actively sheltering, clothing and feeding Ukrainian families crossing the border into the town of Siret.

Speaking to Express, Mr Winward said he hopes to achieve IronMan distances on the day should the weather and his fitness levels allow.

“If I manage a half IronMan distance I would still be chuffed. It’s more about the money and raising awareness and support for School for Life rather than about me,” he said. 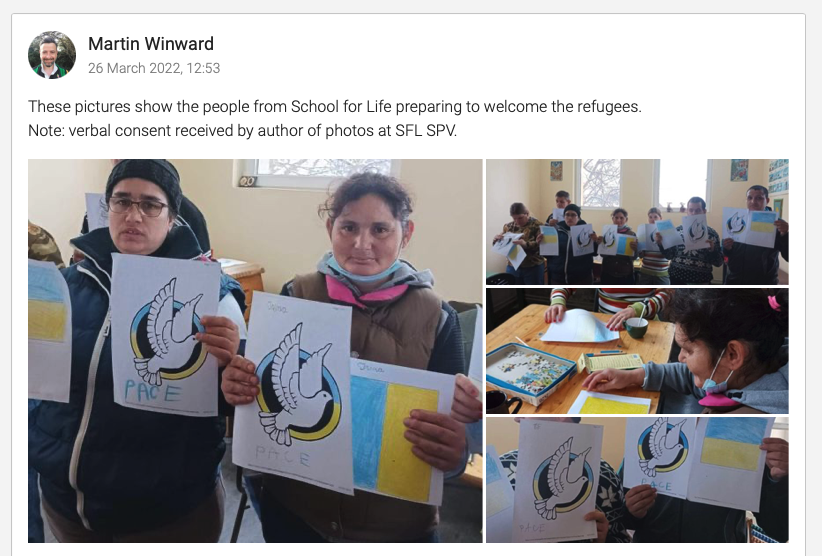 Pictured: Mr Winward has been sharing the preparations undertaken by the charity through the JustGiving page.

Mr Winward said he chose the distance between St. Anne and Kyiv as his fundraising target to symbolise the proximity of the conflict to the community.

“We want the children in Alderney to be able to recognise this is not far from their home and island,” he said.

“By covering the same distance in hours, it is hoped that we can raise at least this total - or more - to be able to support our friends in Romania."

He said schoolchildren are devising a series of warm-up activities for the Friday before the triathlon, and that some residents plan to accompany him for a cycle ride along the route.

Last month, St. Anne’s School held a mufti day and cake sale for students to raise initial funds for the charity. A total of £305.55 was raised on the day. 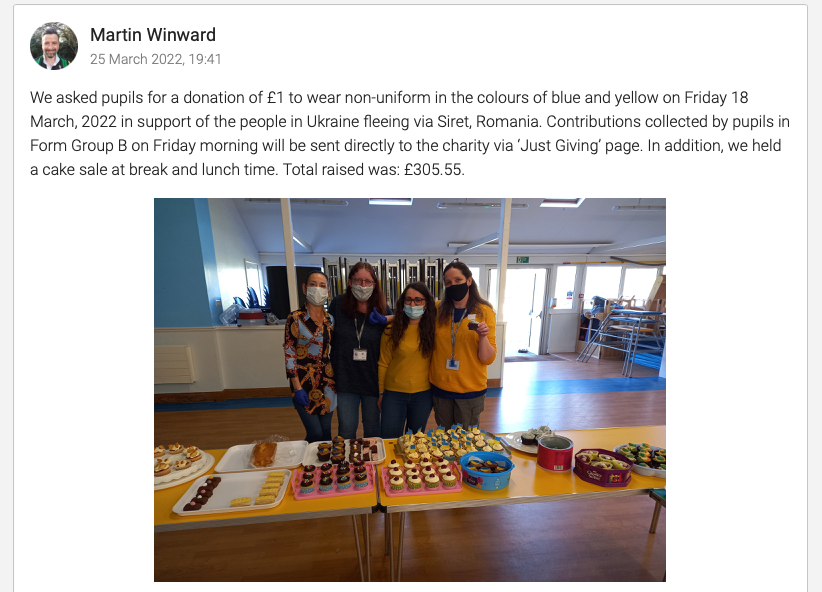 Pictured: the school bake sale and mufti day raised hundreds of pounds for the charity.

The charity was selected because a teacher at St. Anne’s, Jo Allison, previously worked for the organisation.

Ms Allison said that she first visited Siret in 1992 where she met the team which run the charity: “it started to support the older children who were leaving the hospital and needed to be taught life skills in order to be able to get a job and live in the community”.

“In the same way, the team have seen that there is such a need to support the Ukrainian refugees which are crossing the border into Siret and are trying to help them in any way they can."

You can view and donate to the fundraiser by clicking HERE. Cheques can also be sent to the school at Newton Road, Alderney, GY9 3XP.