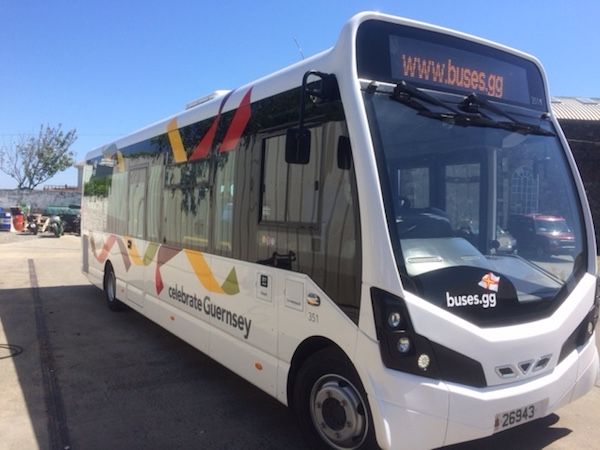 The States are claiming another success for Guernsey's bus service with an 11% increase in passenger numbers during the first quarter of 2019 compared to a year ago.

In a statement, we're told that comes "hot on the heels of another successful year for scheduled bus services" after 2018 saw increased bus passenger numbers on the year before.

375,673 passenger journeys were made using the island's scheduled public bus services between 1 January and 31 March which is up 37,292 compared to the first quarter of 2018.

During the snowfall of February and March last year, bus passenger numbers fell by an estimated 5,000 passenger journeys but the figures for 2019 are still seen as a success.

Deputy Mark Dorey, Vice-President of the Committee for the Environment & Infrastructure, which is politically responsible for the bus service, said;

“The bus service continues to go from strength to strength with significant passenger growth experienced over the ‘shoulder’ months which reflects the value of the service to thelocal community. Overall, passenger journeys on the Network have increased by an incredible 44.7% in just five years.

“Journeys undertaken during the ‘commuter peak’ also rose by a healthy 7.5% during the first quarter meaning that the scheduled bus service continues to offer a practicalalternative means of transport for many island workers.

“Offering a frequent, reliable and quality service has certainly contributed to the success ofthe bus service in recent years and together with a ‘live times’ App, free public Wi-Fi on the buses and improved waiting facilities both at the Town Terminus and at various other locations around the Island, things are looking extremely healthy for the Island’s public bus service.

“Importantly the service is now carrying significantly more passengers than the previous‘peak’ in 2010 when records in the current format were first introduced and there is everyreason to be optimistic for the future.”