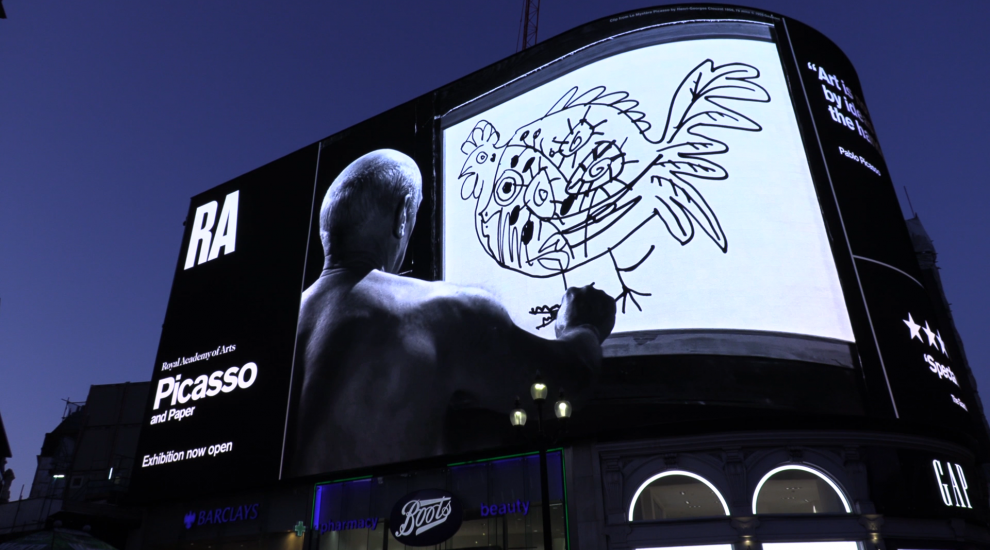 Forty-seven years after the Spanish artists’ death, documentary footage of Picasso at work in his studio was shown on the London billboard.

It received a cinematic release in France in May 1956 and went on to win the Special Jury Prize at the Cannes Film Festival in the same year.

The broadcast on Thursday was the first time an excerpt has been shown on a digital out-of-home screen.