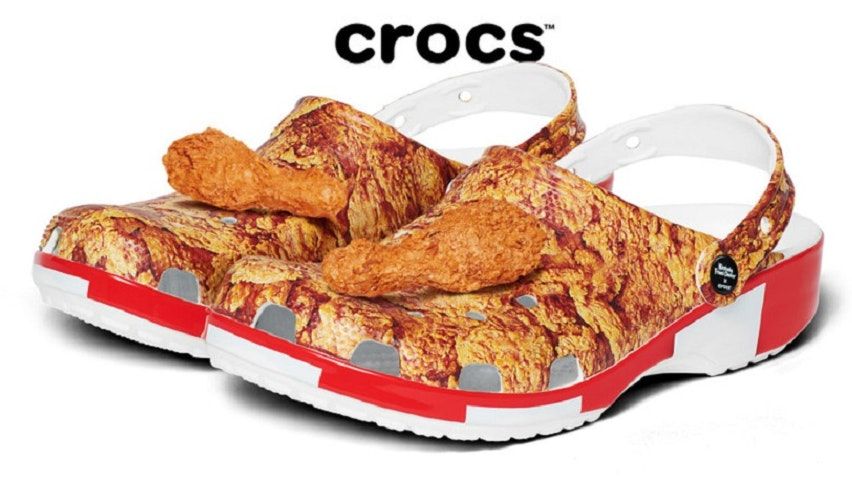 KFC has launched a limited edition pair of Crocs — and they will leave your feet smelling like fried chicken.

The fried chicken giant has partnered with the shoe company to create two styles of limited edition Crocs, launched in time for New York Fashion Week.

The first, a sky-high platform, has been debuted this week while a second “classic clog” will be available for purchase in the spring.

The shoes, which feature the KFC red stripes and come with two removable, chicken-scented charms, will retail for 59.99 dollars (approximately £45).

Chief marketing officer Andrea Zahumensky said the shoes are “what fried chicken footwear dreams are made of”.

Terence Reilly, from Crocs, added: “We’re thrilled with this ‘bucket list’ partnership with Kentucky Fried Chicken that will bring fans an unbelievably fun and fashionable take on our classic clog.

“We’re honoured to feature this fashion-forward style between two iconic American brands at one of New York’s biggest weeks in fashion that promises to surprise and delight consumers around the globe.”