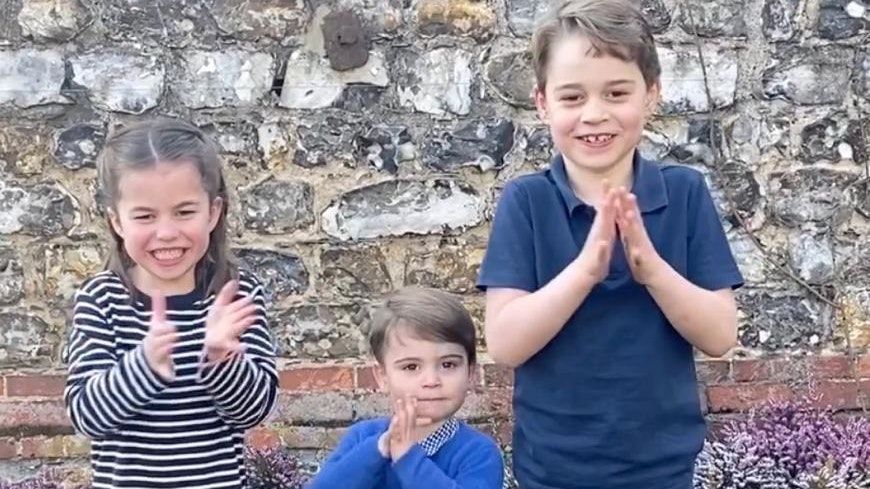 George, Charlotte and Louis join the Queen and Royal Family in NHS tribute

George, Charlotte and Louis join the Queen and Royal Family in NHS tribute

Prince George, Princess Charlotte and Prince Louis joined their great-grandmother The Queen and other royals in celebrating the work of the NHS on Thursday.

The Duke and Duchess of Cambridge’s children were shown applauding in an Instagram video on the Kensingtonroyal Instagram account at the same time as thousands across the country took part in the Clap for Carers tribute.

The Queen also had a message of thanks for front line health service workers in a tribute posted on the Royal Family’s Instagram page.

In a video filmed by their parents, George, Charlotte and Louis were seen enthusiastically putting their hands together for NHS staff as the nation showed its appreciation for their hard work fighting coronavirus.

“To all the doctors, nurses, carers, GPs, pharmacists, volunteers and other NHS staff working tirelessly to help those affected by #COVID19: thank you,” the Instagram post read.

The Queen said the country is “enormously thankful” for the commitment of all those working in science, health and the emergency and public services.

In a message posted on the royal family’s official Instagram account, The Queen said: “We are enormously thankful for the expertise and commitment of our scientists, medical practitioners and emergency and public services.”

The post featured a video of the Earl and Countess of Wessex and their children Lady Louise Windsor and Viscount Severn, who all clapped after Edward paid tribute to workers.

He said: “So from all of us just a huge thank you to so many of you working on the frontline – you’re really appreciated keep up the fantastic work.”

The Prince of Wales, the Duchess of Cornwall and their staff all separately joined in with a round of applause at Birkhall in Scotland.

Charles, who has tested positive for coronavirus, and Camilla are isolating from each other and their small number of staff.

The Royal Family also shared their appreciation on Twitter, sharing a 17-second clip from Windsor Castle, where the Queen and Duke of Edinburgh are staying.