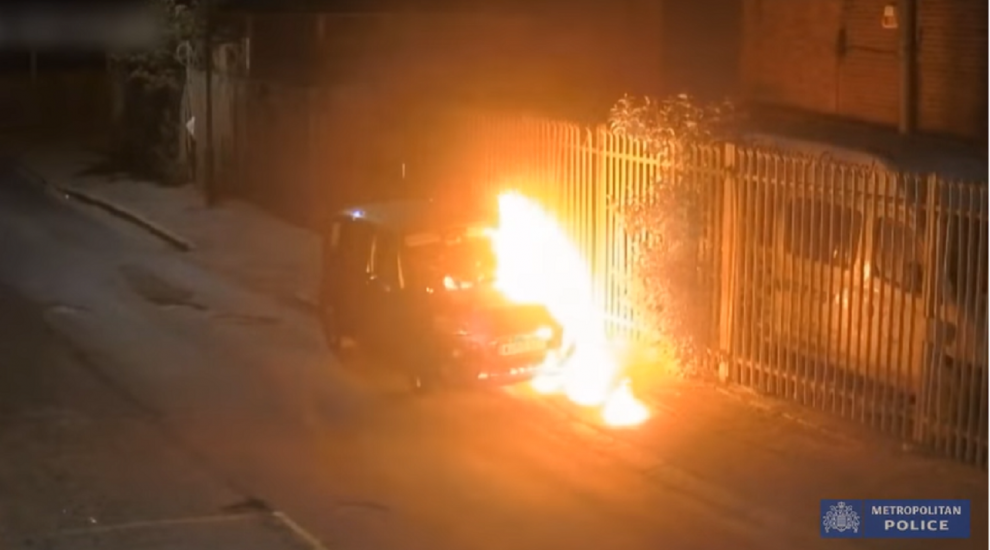 A car thief-turned-arsonist appeared to almost burn himself as he torched a stolen vehicle in dramatic CCTV footage.

The Metropolitan Police are appealing for information about the man, who was filmed just before midnight on May 23 in Ilford.

The thief was seen parking the stolen blue Citroen car on the pavement on Belgrave Road before walking out of sight of the security camera.

Around half an hour later, he returned to break the car’s window and pour petrol inside and on the vehicle’s bonnet, before setting the liquid alight.

This ignition resulted in two sizeable bursts of flame which on the footage seem almost to engulf the thief, before he ran away leaving the car burning.

Police are asking anyone who recognises the man to come forward and speak to them by calling 101 quoting reference 9458/23MAY19 or Crimestoppers anonymously on 0800 555 111.