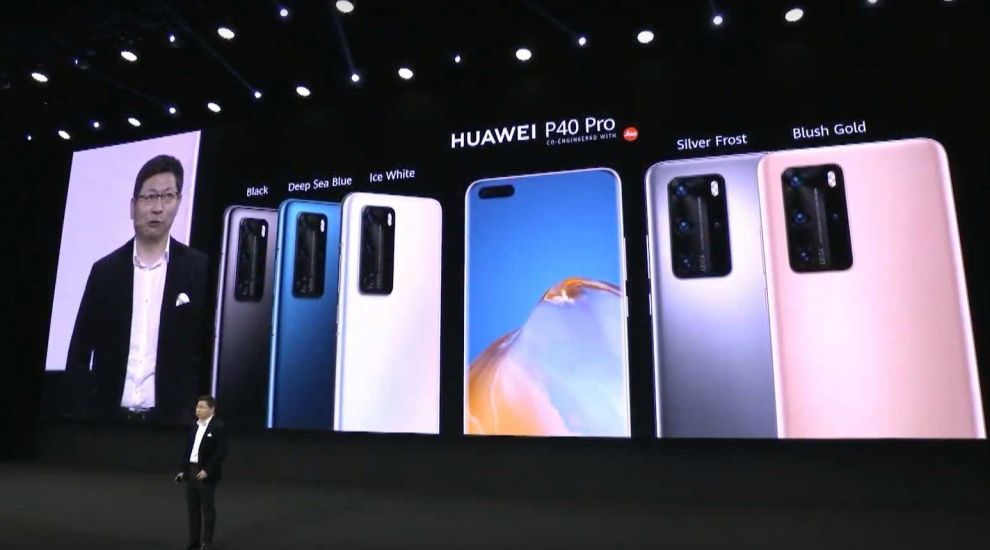 Huawei has launched its new flagship smartphones despite the ongoing global coronavirus pandemic.

The Chinese telecommunications giant live-streamed the event online without a physical audience, fronted by Richard Yu, chief executive of Huawei consumer business group, who opened saying: “I hope all of you stay safe and healthy.”

A line-up of three P40 smartphones was unveiled, although without Google’s Android apps due to the ongoing US trade ban, meaning it is still unable to offer access to apps such as YouTube and Google Maps.

“Arguably there could not be a worse time to launch a set of premium smartphones given the current global headwinds, but Huawei may be in a better position than some rivals,” said Ben Wood, chief of research at analyst firm CCS Insight.

“It had already prepared for a steep decline in sales outside China, something its rivals are now grappling with.”

Much of the focus was on photography technology, once again designed with German camera-maker Leica.

These include a fast auto-focus feature, 10x zoom on the Pro+ model, and AI used to remove reflections when taking images of a reflective surface such as glass.

Huawei also revealed a number of non-smartphone devices, including a speaker called Sound X, an updated smartwatch, as well as smart sunglasses with built-in speakers to make and receive calls.