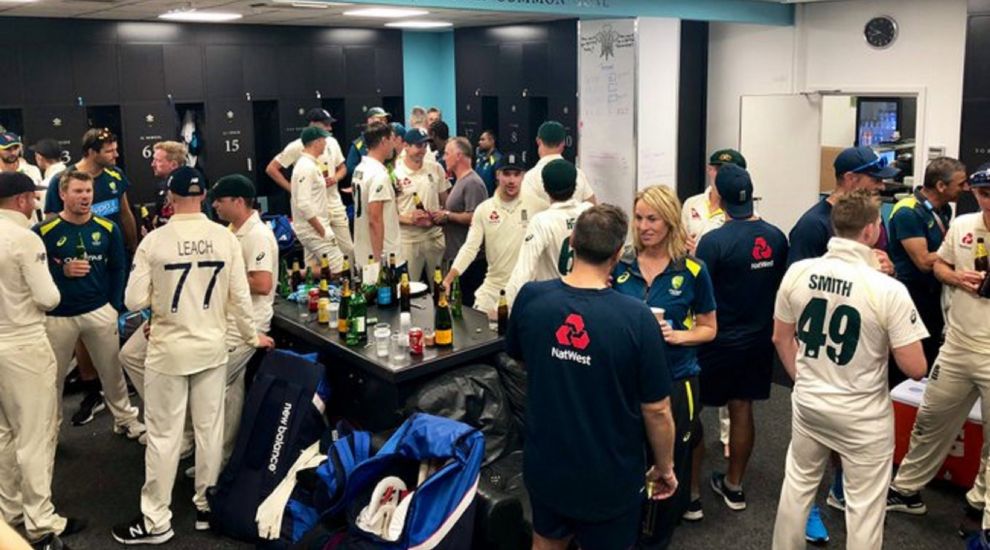 ‘That’s what it’s all about’: England and Australia toast the Ashes together

‘That’s what it’s all about’: England and Australia toast the Ashes together

A photo of England and Australia’s Ashes squads sharing a beer after the conclusion of the 2019 series has delighted fans on social media.

The photo, shared by England’s head of team communications Danny Reuben, shows Steve Smith et al chatting with the hosts after Joe Root’s side had secured a series draw with a win in London.

“This is what it’s all about,” Mr Reuben said. “The cut and thrust of Ashes cricket. Let’s just have a beer and reminisce. Why cricket is the best!”

The picture caught the attention of cricket fans on social media, who enjoyed analysing the numerous conversations and groups on show.

Others pointed out England coach Paul Collingwood’s rather intense stare-off, while Ashes sponsors Specsavers wanted to know where Jack Leach’s glasses were, having offered the spin bowler free specs for life after his role in England’s miraculous run-chase at Headingley.

“Is he wearing the glasses or not,” they tweeted.

When a social media user pointed out they were on the table next to him, the company responded: “Heartbreaking.”