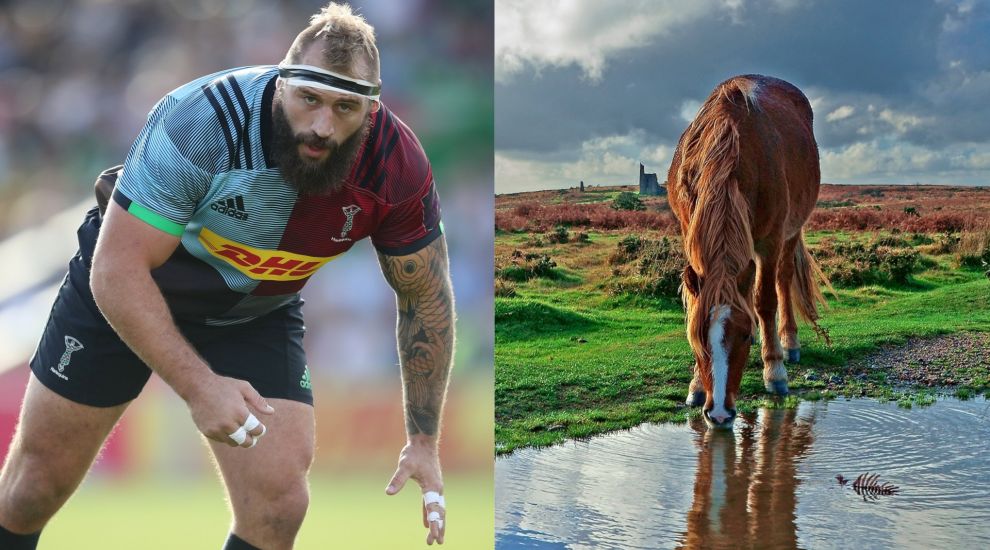 Joe Marler has taken the internet by storm with an extended metaphor about a horse.

In an interview posted online by his club Harlequins, the England prop even fell into a horse impression as he previewed this weekend’s Premiership game against Bath.

Addressing last week’s loss to Clermont Auvergne in the Heineken Champions Cup, in which he was not playing, he said: “They will be disappointed with the account we put out but we have got another week to get back on the horse and take that horse to the water and you can ask that horse, ‘hey horsey, do you want to have a drink or do you want to swim?’

“It is up to that horse to then realise what he wants to do in his life and that horse at the moment wants to go out on Saturday and he wants to clippety-clop all the way to the Stoop and say hello to those fans and he wants to say, ‘I’m sorry about the result last week but I’m going to give a better performance at home against Bath’.”

Marler, set to play for his club for the first time since England’s World Cup final defeat, joked that the horse in his impression was “slightly Irish” and added: “We are looking forward to getting back on that horse.”

Asked if he himself was looking forward to getting back on the horse he said: “I don’t like horses. I can’t ride.”

The apparently tongue-in-cheek performance was compared to Alan Partridge, David Brent from the Office and Bros documentary After The Screaming Stops by some rugby fans.

And actor Rufus Jones tweeted: “Imagine playing in a rugby World Cup final and being this funny. Props – quite literally – to Joe Marler.”

Marler returns to a Harlequins side who have won just one Premiership game so far this season and sit ninth in the 12-team table.