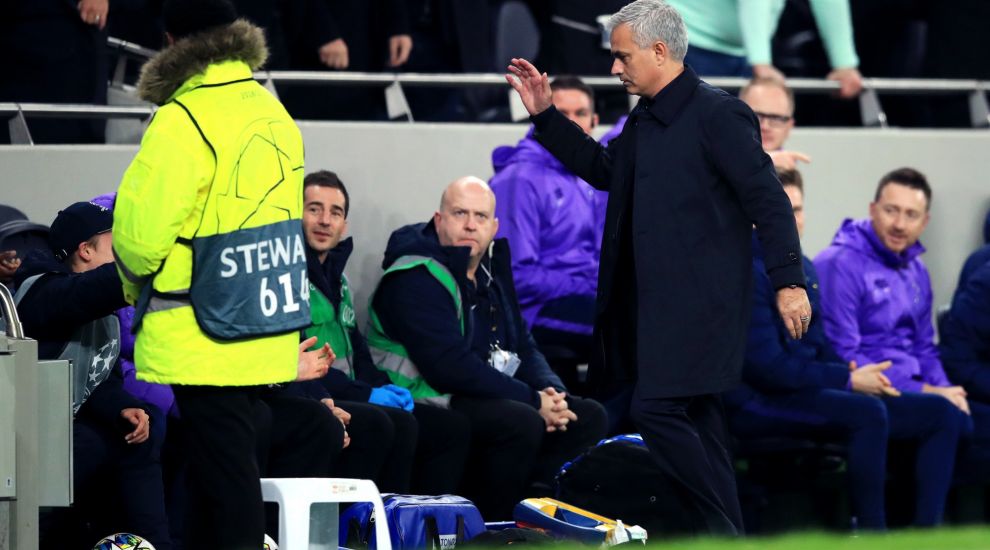 It’s made my day, my life – Spurs ballboy Callum on his role in Olympiacos win

It’s made my day, my life – Spurs ballboy Callum on his role in Olympiacos win

Tottenham ballboy Callum Hynes felt he was just “doing his job” after a bit of quick thinking helped the team fight back to beat Olympiacos 4-2 in the Champions League – and left new manager Jose Mourinho singing his praises.

By swiftly retrieving the ball early in the second half on Tuesday night, the 15-year-old schoolboy allowed Serge Aurier to release Lucas Moura with a throw-in and the Brazilian then set up Harry Kane to haul the hosts level at 2-2.

Having trailed 2-0, Spurs then went on to make it a comfortable finish after further goals from Aurier and Kane, with the victory securing a place in the last 16.

The Spurs boss had hoped to be able to invite Callum into the dressing room to join the celebrations, but he had already set off on the journey home to Leigh-on-Sea, Essex, with his mum and dad – revising for a maths exam using a torch in the car.

While enjoying his moment in the spotlight, the teenager, in his sixth season as a Spurs ballboy, intends to keep himself grounded.

“It’s all a bit surreal. I was just doing my job and I still can’t quite believe what happened,” he said in an interview with the official Tottenham website.

“I didn’t even see the goal! I was busy getting the ball that had come off (the pitch) and then I heard the cheer. I turned around and Harry was celebrating.

“I looked at the replay on the screen and watched exactly what happened. You can see from my smile it was just unbelievable.”

Callum added: “Jose didn’t have to do that. It was really nice of him to come over to me.

“It’s made my day, my life, really. I love Spurs and it was an amazing moment I’ll never forget.”

Right-back Aurier, meanwhile, has denied intentionally spitting in the direction of Spurs supporters after celebrating his goal which made it 3-2 after 73 minutes.

Footage shows the Ivory Coast international, who has been criticised by some fans this season, cupping his ears and also appearing to spit into a section of the stand behind the goal.

“Little personal message to correct a controversy!” he wrote.

“I will never spit on animals, let alone humans, let alone fans of this club that gives me the opportunity to express myself and do my job.

“Let’s focus on the most important goals that are coming soon. Thank you all for the support.”