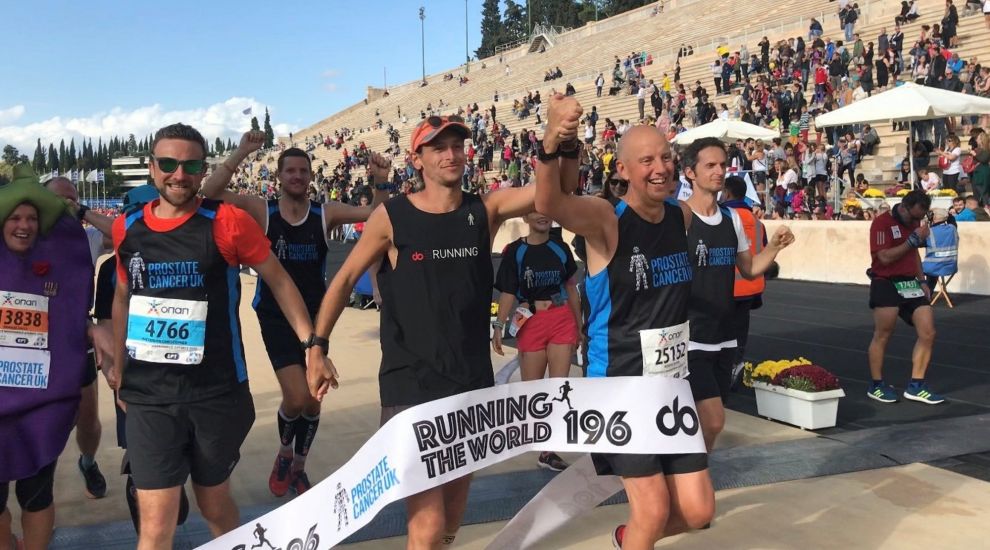 Dorset ultra runner completes marathon in every country on the planet

Dorset ultra runner completes marathon in every country on the planet

An endurance athlete from Dorset has become the first person to run a marathon in every country in the world after completing a 26.2 mile run in Athens.

Nick Butter set off on his mission to run the famous distance in all 196 United Nations-recognised countries on January 6, 2018, finishing with the Athens Classic Marathon on November 10, 2019.

The 22-month challenge was inspired by Kevin Webber, a fellow runner who Mr Butter describes as having had “a huge impact on me and how I live my life” after the pair met during a race in the Sahara Desert.

Mr Webber was diagnosed with prostate cancer in 2014, and according to Mr Butter was told he could have just two years to live.

“The feeling of crossing that finish line was like many other finish lines, in the sense that I’m tired and I want a drink and want to be go bed,” Mr Butter said after his final marathon.

“The elation of finishing that run with Kevin and everyone else behind me was just so amazing. I wasn’t really sure what I was going to feel like when I finished.

“I feel a bit numb, I’m not really sure what’s going to happen next and I am so, so ready to chat with Kev and have a proper conversation about everything that’s happened in the last few years because we haven’t had time to catch up.”

Mr Butter also thanked supporters, including his mother and father who organised his flight bookings for him.

Mr Butter’s JustGiving page can be found at www.justgiving.com/fundraising/runningtheworld.