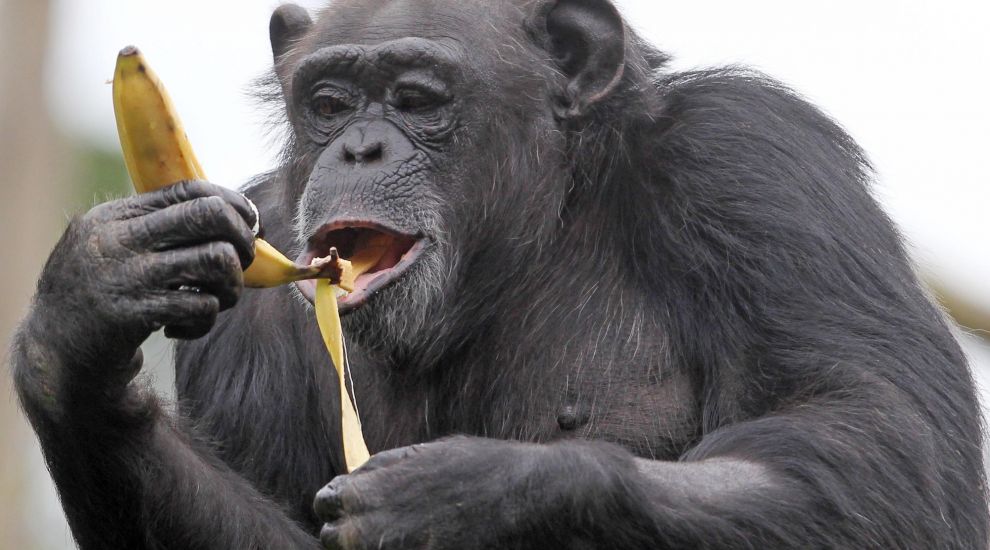 Chimpanzees enjoy watching movies together and get a sense of closeness and bonding through shared experience, scientists say.

Humans create social closeness with others through activities in which they align their mental states towards a stimulus, such as playing board games or watching a movie together.

The research, published in the journal Proceedings of the Royal Society B, involved pairs of chimps being shown a short video.

Researchers said they found that the animals approached their partner faster, or spent more time in their company, than when they had attended to something different.

The effect was also measured for pairs of bonobos and for great apes paired with humans.

Eye-trackers were used to make sure the apes were watching the film and they were given grape juice to encourage them to stay relatively still and in the same place.

“Our results suggest that one of the most basic mechanisms of human social bonding— feeling closer to those with whom we act or attend together — is present in both humans and great apes, and thus has deeper evolutionary roots than previously suspected,” the study authors say.

The results indicated that great apes behave more socially after an interaction in which they align their attention to an external stimulus.

Study two replicated these findings in a different sample and extended them by showing that this effect is not limited to great apes’ interactions with humans, but also seems to occur in interactions between great apes.

Study co-authors Wouter Wolf, from the department of psychology and neuroscience at Duke University in the US, and Michael Tomasello, said: “As such, the current findings shed new light on great ape social cognition and social behaviour, as well as the evolutionary origin of connecting through shared experiences in humans.”

They add that this is “surprising” because many researchers have argued that the capacity to experience reality as shared is “uniquely human”.