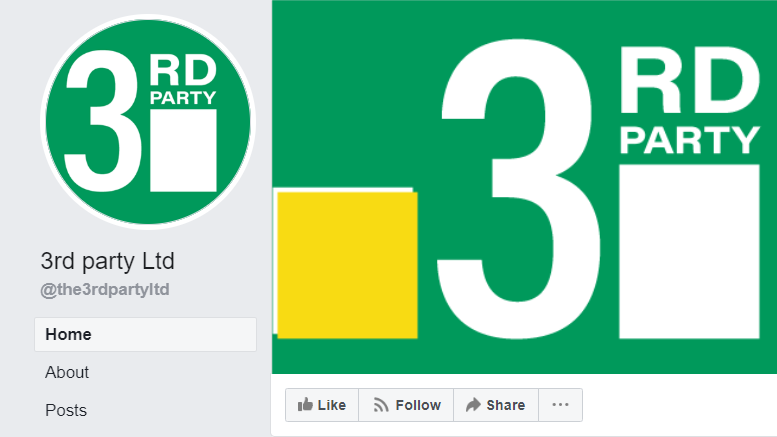 A Facebook page linked to a senior Vote Leave official has been accused of targeting Remain-supporting candidates in marginal constituencies.

The adverts were labelled a “deceitful tactic” by deputy leader of the Liberal Democrats, Ed Davey.

The organisation, 3rd Party Ltd, which was set up last month, is run by the former chief technology officer of Vote Leave and deputy chairman of the Cities of London and Westminster Conservative Association, Thomas Borwick.

Mr Borwick’s mother, Victoria Borwick, was the Conservative MP for Kensington who was unseated by Mrs Dent Coad in the 2017 election by just 20 votes.

Other adverts encourage voters to back the Green Party or Scottish National Party in certain constituencies in an apparent effort to reduce support for other Remain parties.

One advert encourages voters in Kensington to vote for the Green Party which won just 2% of the vote in the constituency in the 2017 election.

Mr Davey said: “These ads are clearly a deceitful tactic to try and split the Remain vote, enabling Boris Johnson to secure a majority and ram through his Brexit deal.

“Resorting to tactics such as these ads make it clear that the Conservatives and their supporters know that we are a threat.”

Mr Borwick and 3rd Party Ltd did not immediately respond to requests for comment.

Donors to 3rd Party Ltd, who have not been disclosed by Facebook, have spent £4,114 on adverts since November 18, including £701 in the past week.

The adverts reached up to 425,000 people, although they are targeted and only seen by people who fall within a specific category.

Facebook does not make it possible to view this targeting in detail.

Alastair Reid, digital editor at fact-checking charity, First Draft, told the PA news agency the fact the origins of the adverts were hidden was concerning for voters.

He said: “He was part of an organisation that has been criticised for their adverts during the EU referendum, and Vote Leave flooded Facebook with adverts in the days before the vote.

“The fact that anyone can not give their name and spend money to push their agenda is slightly unnerving for anyone.

“If the ads themselves aren’t willing to offer that transparency and ensure it happens perhaps there’s something for regulators to look at as well.

“If someone is trying to influence you by paying Facebook to push ads into your newsfeed it’s in your interest to know who this person is.

“It’s not clear who they are and how much of an impact it is having.”

Mrs Dent Coad wrote on Twitter: “Voters aren’t stupid. They know who’s on their side.

Adverts previously encouraged voters to back the Green party in seats including Bath, Southampton and Brighton and Hove.

A spokesman for the Bath Green Party said: “We have absolutely no affiliation with the organisation and can only guess at their motives.”