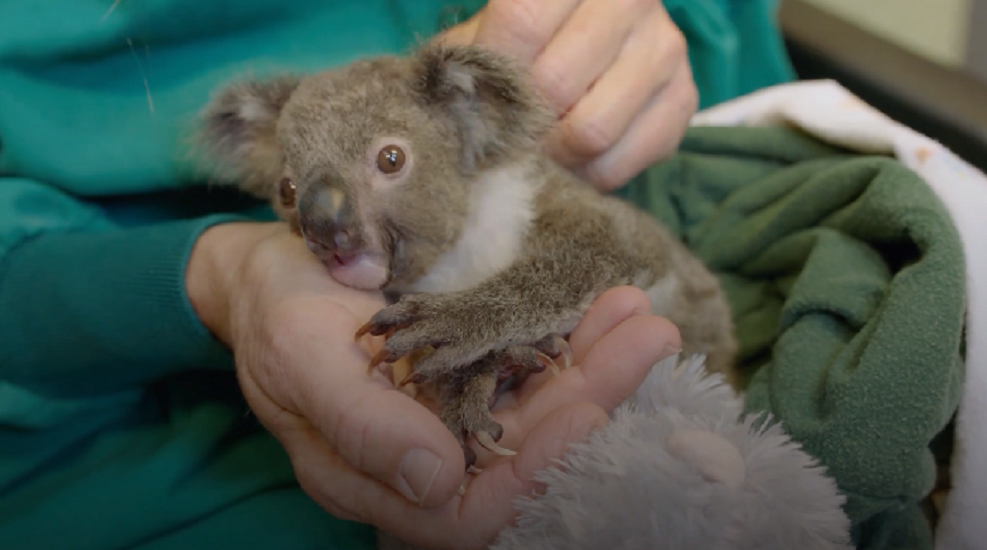 A koala joey being hand-raised by keepers at San Diego Zoo is “thriving”, according to its carers.

Eight-month-old Omeo lost his mother due to cancer in December when he was five-and-a-half months old, and is now being hand-raised in a fake pouch.

Kim Weibel, senior neo-natal assisted care specialist at the zoo, said: “Omeo has come a long way since we first started taking care of him. In the beginning, he was so compromised and so underdeveloped, we wondered if he would make it.”

Omeo was living in a fake pouch inside an incubator initially, but is now strong enough to explore his environment and the outdoors.

Ms Weibel said: “It is important we mimic as many natural situations for Omeo as he would receive with his mother.

“We touch him, hold him snug in his faux pouch, we encourage him to grasp on to his plush ‘stand-in mom’ and we provide him with eucalyptus, so he can further develop his hand-eye co-ordination and learn to feed himself.”