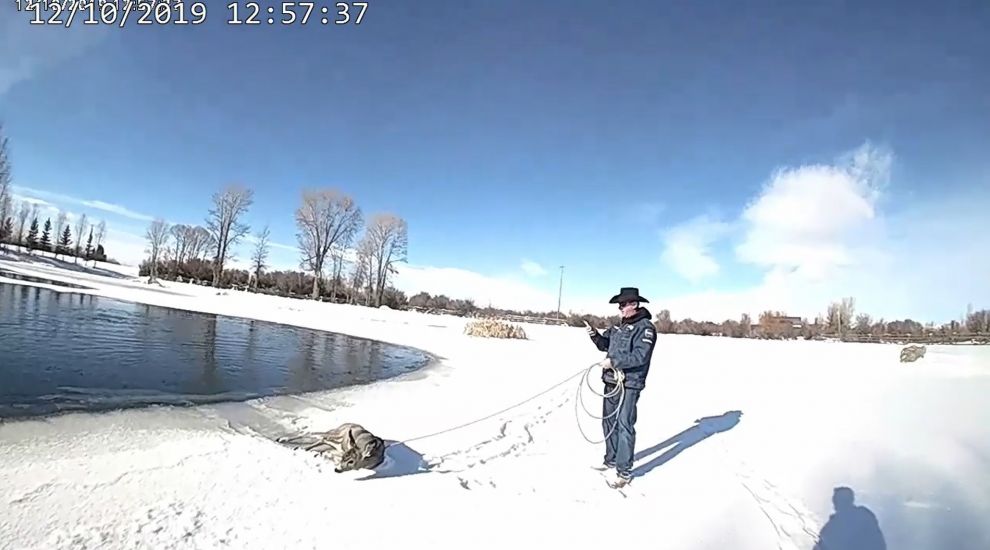 Deer stuck in frozen lake saved by officer with lasso

Deer stuck in frozen lake saved by officer with lasso

A deer has been saved by two modern-day cowboys who lassoed it out of a frozen lake.

Two sheriff’s deputies responded to a call from the public after the deer was spotted in trouble having fallen through thin ice and into the lake in Pinedale, Wyoming.

Deputies Justin Hays and Joshua Peterson used their initiative and pulled out their lassos – normally used to help remove livestock from roads – to help with the rescue.

Mr Hays first tied one end of one of the ropes to a tree to help him test if the ice was safe to walk on, then used it to catch the deer and lift it from the water, pulling it to safety.

The whole incident was caught on video from Mr Peterson’s bodycam.

Travis Bingham, from Sublette County Sheriff’s Office, said the deer was lucky to have a skilled cowboy in Mr Hays nearby.