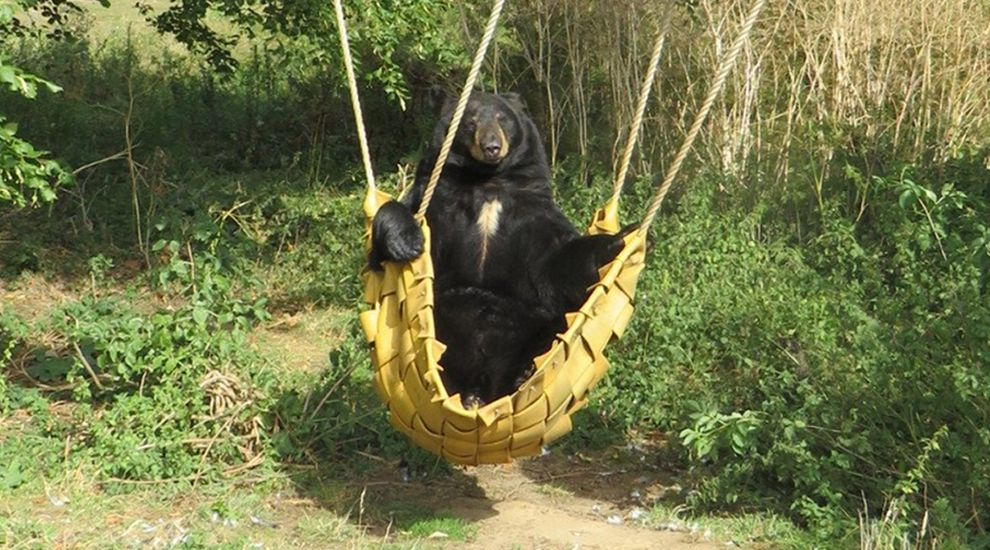 Bear climbs into hammock to sunbathe

Bear climbs into hammock to sunbathe

A bear was caught on camera soaking up the last of the summer sun in a hammock.

In a video released by the park, he is seen leaning back in the hammock and closing his eyes in relaxation.

Chuck is one of six black bears living at Woburn in a 13-acre enclosure which they share with a small family of Canadian timber wolves.