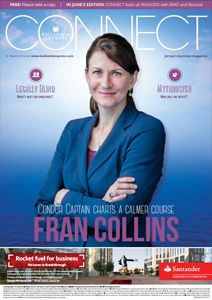 We have a mantra here at Connect: always watch what politicians do, rather than listening to what they say. Take the forecast deficit of £130m by 2019 for example. Weighing in, in the ‘words’ corner, we have positioning such as “…there’s nothing to worry about, we have a plan, we have years to deal with it, we have exceptionally strong public finances (the envy of the world, incidentally) and this was all foreseen.”

In the ‘actions’ corner, we have potential extra charges for waste disposal, parking and health care, the likelihood of higher social security contributions, and a stateswide voluntary redundancy program – and that’s just for starters. Remember, we also had a 2015 budget which balanced by a single £1, and a smash-and-grab-raid on all possible sources of revenue to get to that point.

As the bell rings and Actions Vs Words step out tentatively onto the canvas of public opinion, we thought we should give you some context, some detail and some myth busting on what’s been the major story of 2015, so far. So on page 20 you’ll find our ‘form guide’ to help you choose whether it is the rhetoric, or the reality, which really carries the knock-out punch.

If we push that metaphor too far, then one company which has been pinned to the ropes for much of the last few months is Condor Ferries. Once the final notes had died away of the fanfare announcing the entry into the auditorium of their new ferry (the Liberation), they were swiftly knocked to the canvas with a left/right combination of weather delays and technical problems. In this issue of Connect, Captain Fran Collins bounces back up, bobs and weaves, and lands a few counter-punches of her own. You can read how she gets on, on page 60.

But truly great boxing contests are nothing without the soothing attention of the trainer – played out in this issue by Social Security Minister, Deputy Susie Pinel. As business have gone twenty rounds with the recession over the last eight years, it is part of her job to patch them up and get them back into the ring to help fight the island back to growth. On page 50 she writes her prescription for business in 2015.

I hope you enjoy the contest.