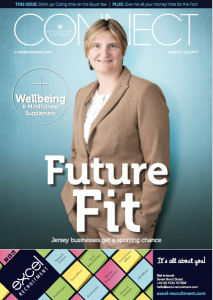 So it seems that Jersey has caught the political madness we’ve seen recently in the UK (Brexit, General Election) and then the US (Trump, obviously). We seem to have unwittingly slipped into an “other” world where the nightly drama show has left the TV screen to be played out for real in the political corridors of power.

For as long as anyone will admit to remembering, the political role at the head of the critical financial services industry has been the most stable in government, joined at the hip with the “boss” whether that be a Chief Minister, or previously, a President of Policy and Resources.

And then in 2017, we have an incumbent in that role who has been forced to resign twice, with a brief three week reappointment in the middle, just to ensure everyone is really confused. And we’re also told there might be a ‘second coming’ on the horizon. Are you keeping up?

Of course, the problem is not a lack of ministerial unity or of anything at all being amiss at a policy level - it is simply poor communication. How could it be anything other! With a swift wave of the ministerial wand, we now believe that all is well, previous disagreements have melted away, character clashes have been gently smoothed and future communication will be a model of timely transparency.

Previous problems were no more than the dark, tortured nightmares of a restless night, and thankfully, we have all now woken up, slightly confused and sweaty, into the calming light of day. We have remembered the ‘menu’ of strategies that are in place to guide our way (oh, thank God for those strategies!); we know that the lights are on round-the- clock in Cyril Le Marquand house, while senior Ministers stay on watch at their desks, muscles taut, senses alert, ready to spring like a tiger at the first scent of something which might hurt us. Brexit becomes no more than an excellent opportunity to show what a well-oiled machine central government truly is. How could it be anything other?

We know that by doubting any of this we have erred from the true path. We have sinned, been forgiven and returned to the fold. If only we could have more faith! We must get back into the bubble.

What’s that? Innovation Fund? You say that in an island awash with world-class financial, and governance, expertise we got both badly wrong? Shame on you. Probably down to that pesky communication thing again, or those nefarious journalists. Or maybe it was the system? That’s probably it. Maybe we need another strategy?

Don’t get me wrong, in many respects, I wonder if Jersey is much different from the political intrigues which dominate in Westminster or Washington - but could it be better?

It’s a point to muse on, as you read Connect.