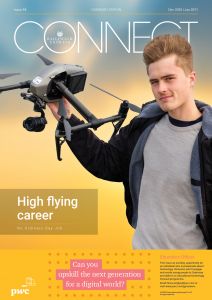 If the pandemic we have lived through this year proves anything, it is that controlling what you can – and accepting what you cannot – will help you to not only manage a difficult situation, but also contribute positively to the struggle against it.

It is a message that is self-evident on a range of scales, and can be measured in acts as simple as washing your hands; or as complex as finding ways to stay in touch with people who you have been planning to see for what, by now, feels like years.

As if the pandemic alone is not challenging enough for the UK, its messy and protracted divorce from the EU threatens a fallout that will have a negative impact on the wider British family.

In recent weeks, key departments in the UK Government have appeared more than willing to act in a way that will fracture the mainland’s long-standing constitutional relationship with the Channel Islands and the dignity and respect that underpinned our affiliation to the Crown for so many years.

It is a situation that is starting to outgrow the local media and it has reached a point where national outlets should be starting to pay attention.

If they do, it won’t be the first time this year that Guernsey has been spoken and written about for more than just incidental reasons. The amount of international interest and coverage our island has received this year is unprecedented in my time working in local media.

The Bailiwick’s strategy against the spread of Covid-19 has, and continues to, inspire envious glances across the Channel. It is also prompting people as far away as South Africa and Hong Kong to type the island’s name into a web browser for the first time, seek further information, or schedule an online meeting with a member of the small team in charge of marketing Guernsey to the rest of the world.

There are more populated continents in the world than there are staff at Locate Guernsey; however its Director, Jo Stoddart, gave me an insight into how her team casts its net around the world, creating new contacts, painting a picture of life here and helping those who do make the move to acclimatise once they arrive.

Anyone interested in moving to Guernsey would be well-advised to look up the work of one of the island’s most gifted young creatives, The Drone Ranger, who has his own unique way of capturing island life. Founder Elliott Cockett met CONNECT at one of his favourite locations to discuss where his journey started and what lies on the horizon in a future as expansive as any panoramic image.

Guernsey’s place in the world was explored from a different perspective when we sat down with two of the environmentally-minded founders of a new group, Green Guerns, which wants to help start a conversation around carbon footprint, what we consume, and some potentially game-changing ideas that would evolve the way that Guernsey does business while breathing new life into local industries that have long been believed lost.