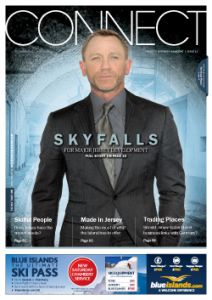 The accusation that some major global organisations, such as Google, are not paying their fair share of corporation tax has meant that jurisdictions like the Channel Islands increasingly find themselves under the spotlight.

It’s all highly emotive; but aren’t we forgetting one thing? If the UK wanted these organisations to pay corporation tax in the UK, all they need to do is reduce its level.  Sorry, but 24% isn’t a competitive rate, especially when Ireland charges just 12.5%.

As a business, why wouldn’t you look to mitigate your liability? Your shareholders wouldn’t expect anything less. The more money you keep in the business, the greater your ability to grow it, to the detriment of organisations paying 24%.

In a market-led economy, countries have to offer businesses a competitive proposition, if they are to develop. That’s not just about tax; it’s about the whole package including location, education, environment, security and the ease of doing business.

Mostly, businesses aren’t ‘immoral’, but they are necessarily pragmatic in their fight for survival. Rather than complaining, Mrs Hodge would do better to ask why the British Government is failing the UK business community?

All of that said, as we’ve seen locally with the demise of the LVCR industry, sometimes the simple maths aren’t enough, and events are driven by a tide of emotion; this surely is the greatest concern of small jurisdictions such as Jersey. The question is, what is our government doing to mitigate the risk to our economy, and in what timeframe? We’ve seen the launches of Jersey Business Limited and Digital Jersey, and the approval of a £5 million innovation fund, which is all good; but I believe we now need to push on much more aggressively in other areas.

The creation of a university, despite being expensive to set up, would surely pay for itself in ‘spades’ by attracting original thinking to the Island, and so driving innovation. The Island’s outstanding natural beauty has to be attractive to film makers. Our heritage, particularly in the form of La Cotte and the recent discovery of the bronze-age hoard in Grouville, is world-class. Finally Durrell, with its global sustainability message, should be sold as a beacon of hope to the world.

Whilst we want finance to remain strong in the Island, it is imperative that we also pursue a Plan B. Morally, we owe it to future generations.