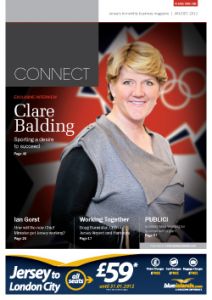 It’s an old adage but you never truly find out who your real friends are until you’re in a crisis. Right now, Jersey’s fulfilment industry has just discovered that the UK Government seems ready to destroy their livelihood in the interests of political expediency!

The UK Government claims it may collect around £90m extra in tax revenue next year - but at what cost? The reason Jersey has a £240 de minimis level on imports is because the cost of collecting anything below this sum is higher than the revenue received in taxes. HM Customs and Excise set a de minimis level of £18.00 for the very same reason. Now they’re being asked to collect everything no matter what the cost, which is a quite extraordinary stance to take, if you are trying to reduce public expenditure.

People in Jersey should also be angry because the time frame that is being proposed (April 2012) by the UK Government totally ignores the social consequences of closing down an Industry which is a significant employer in this Island. Irrespective of any ethical stance, the reality is there will be significant social damage. Sadly, the UK government just doesn’t seem concerned.

This leads me onto the subject of pan-Island cooperation because if recent experience is anything to go by, the Channel Islands are going to have to work together much more closely in the future. Rather than duplicating resources it is in everyone’s interest to share, and no area is more critical than energy security. In a meeting I had with Roy Burke, the CEO of Alderney (effectively the Head of their Civil Service), we started talking about renewable energy. He described the Alderney Race (the huge tidal movements to the north of the Island) as the Channel Islands’ equivalent of North Sea Oil! When you think about this, he is absolutely right, yet they struggle to get traction on such a huge opportunity.

Surely if the Channel Islands set out a long term strategy to develop this resource, the benefits could be huge. Not only do we reduce our reliance on imported energy, but the excess capacity could help to finance a Channel Island pension fund, in much the same way that Norway has done with her oil revenue.

Never has the line “united we stand, divided we fall” been more apt.