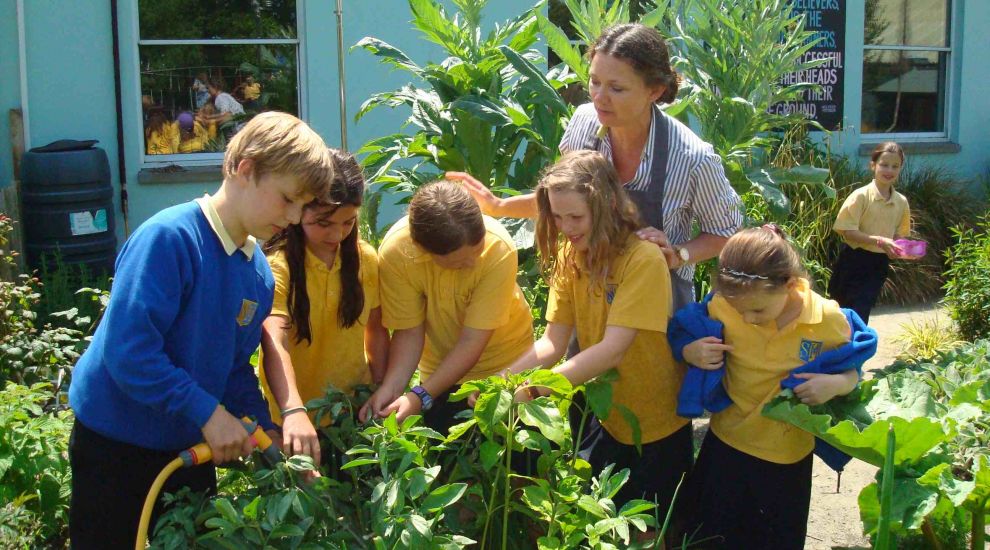 Eight local schools worked with Waitrose throughout the last summer term to develop vegetable patches and grow their own produce.

The "Grow and Sell" initiative, which has been running for the past two years, is aimed at encouraging 7-11 year olds across the UK and Channel Islands to encourage home-grown produce and healthy eating in schools.

In association with the Waitrose farm on the Leckford Estate, over 100,000 children have been growing their own produce during the summer months. The children have learnt more about where food comes from, the impact of the seasons and also to develop their entrepreneurial skills.

The Waitrose branches in Guernsey, alongside Floral Guernsey, have been working with St. Martin’s, St. Sampson’s, Castel, Notre Dame, Le Rondin and Le Murier schools. Each school received a "Grow and Sell Seed Kit" which had been specially designed to get school vegetable patches up and running and included seeds, equipment and step-by-step growing instructions. The schools then could then choose to sell their home-grown produce if they wish.

Michelle Bromley from Le Murier said: “My students have planted various things throughout the year but the concept of the box and the variety of seeds and pots was brilliant. I think it was a very good idea and has certainly helped the students have a link with the wider community.”

Community matters liaison officer for Waitrose Admiral Park, Laura Williams, said:  “As well as providing the students with their kits, we were lucky enough to go into some of the schools and help them with their vegetable patches, making sure that their produce continued to flourish throughout the summer term. It was a great experience to talk to the children and not just tell them but show them where their food comes from before if ends up on the supermarket shelves.”