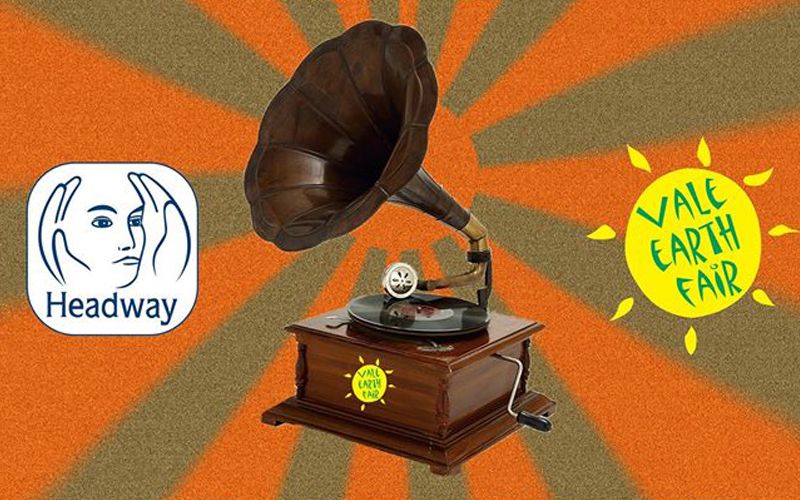 The Vale Earth Fair is hosting the annual charity Record and CD Fair at the Styx Centre, St Peters, on Sunday 27 November from 11am - 4pm, and is looking for donations from the public to sell at the event.

“Following the success of this year’s Vale Earth Fair we are now starting to think about next year’s event”, said one of the organisers, Rob Roussel.

The Record & CD Fair aims to raise funds towards next year’s festival as the Vale Earth Fair Collective looks to build on its growing popularity with another sell-out festival taking place this summer.

As with previous Record Fairs there will be a wide selection of music on sale – much of it at bargain prices, but also collectable items. All genres are covered from Classical to Drum & Bass, Rock to Jazz, Country to New Wave – something for all tastes. As well as records and CDs there will be some music memorabilia on sale too. There will also be live music on offer, including It’s Own Animal and Fly Casual and other great locals acts. Snacks and hot and cold refreshments will also be on sale.

The Vale Earth Fair Collective is appealing for records, CDs and other music related items to sell at the fair, and any donations would be welcome. Please contact Rob Roussel on 07781 107698 or email rob.roussel@cwgsy.net if you have donations and he will arrange collection if required.

There are already a number of stall holders signed up for the event, including one from Jersey, but there is room for a couple more. If you have your own records or CDs that you would like to sell, please contact Rob. Sellers are charged £10 per table plus £5 per additional table if you need more than one.

The Record & CD Fair takes place Styx Community Centre, St Peters on Sunday 27 November. Doors will open at 11:00am and the Fair will run until 4pm. There is an admission charge of £2, with all money raised going towards the Vale Earth Fair.

Limited early bird tickets for next year’s Vale Earth Fair, which will take place on Sunday 27th August 2023, have just been released for sale through the Vale Earth Fair website: www.valeearthfair.org The first run of tickets are available at £15 for adults and £10 for under 18’s, plus £1 booking fee.

Please find attached a media release relating to the Vale Earth Fair record fair happening on Sunday 27 Nov from 11-4 at the Styx Centre in St Peters.

It’s worth noting that we have a stall holder from Jersey coming over which is great news for collectors and that we are still looking for donations of records, CDs, tapes and music related paraphernalia to sell for the charity. If anyone wants to donate or would like a stall to sell their own stuff, they can contact Rob Roussel whose info is in the release.

Tickets are also now on sale for next year’s VEF at a super early bird price!

We also have local acts Fly Casual and Its Own Animal playing with more to be confirmed.

It’s going to be a great day!