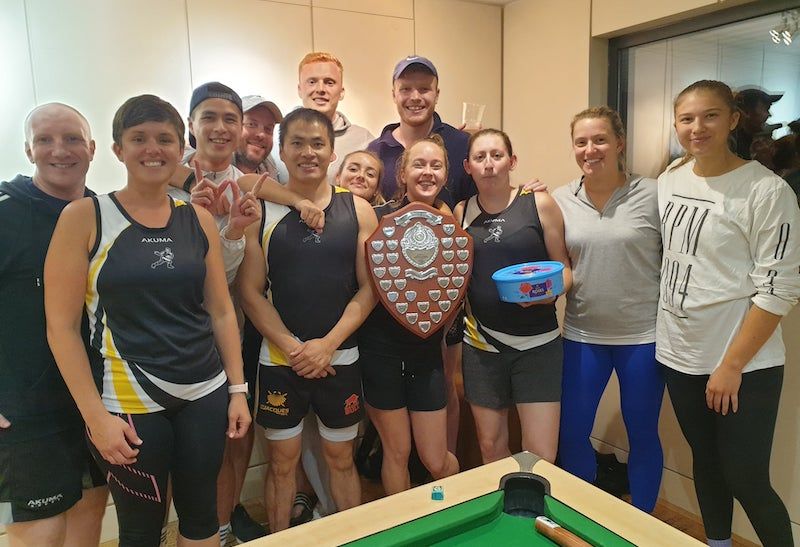 Touch Rugby will move down to Port Soif this summer with a number of mixed, men’s, ladies and business teams already registered.

The move from KGV to the west coast comes as KPMG in the Crown Dependencies extends its sponsorship of Guernsey Touch for a further three years having partnered with the sport in 2014.

"The popularity of touch, summer football and cricket meant there was a lot of pressure on KGV and because we wanted to keep with the tradition of playing touch on Wednesdays and having all four divisions on the same night we have found a new home at Rovers," said Guernsey Touch Chair Ollie Ward.

"Having the space at Rovers and the continued support of KPMG, who have been instrumental in helping us grow the sport and make it accessible to as many people as possible, is a really positive way to start the 2021 season."

Last year, Guernsey Touch was able to organise at short notice a mixed league, which saw 15 teams take part and was the only league to run across the whole of Europe.

"As with all sports, 2020 was really difficult," said Mr Ward. "We were due to be at the European Championships in England which was obviously cancelled, we couldn’t run our full programme of leagues and the inter-insular also didn’t happen.

"It’s great to see that the enthusiasm for touch in Guernsey hasn’t waned and we have already seen a decent number of mixed, men’s, ladies and business teams registering for the KPMG Touch Summer League."

The league will be played over 12 weeks starting on 12 May.

"Training for players wanting to develop and be considered for island teams will start on Sunday 16 May from 9.30am at Port Soif," said Mr Ward.

"Team registration closes on 28 April and so there is plenty of time to get involved. Games will be 25 minutes long and the format of each division will be confirmed once we have final numbers."

Mr Ward added that while 2021 is unlikely to see any international events with a number including the rescheduled Euros postponed or cancelled, Guernsey Touch was in discussions with Jersey Touch over the inter-insular.

"It’s going to be great for everyone to get their boots back on and start playing competitive touch again and hopefully we’ll have the backdrop of some fantastic west coast sunsets," he said.

More information about this year’s KPMG Touch Summer League is available from leagues@guernseytouch.org.gg.

Local chefs serve up a treat for 2022 food waste calendar