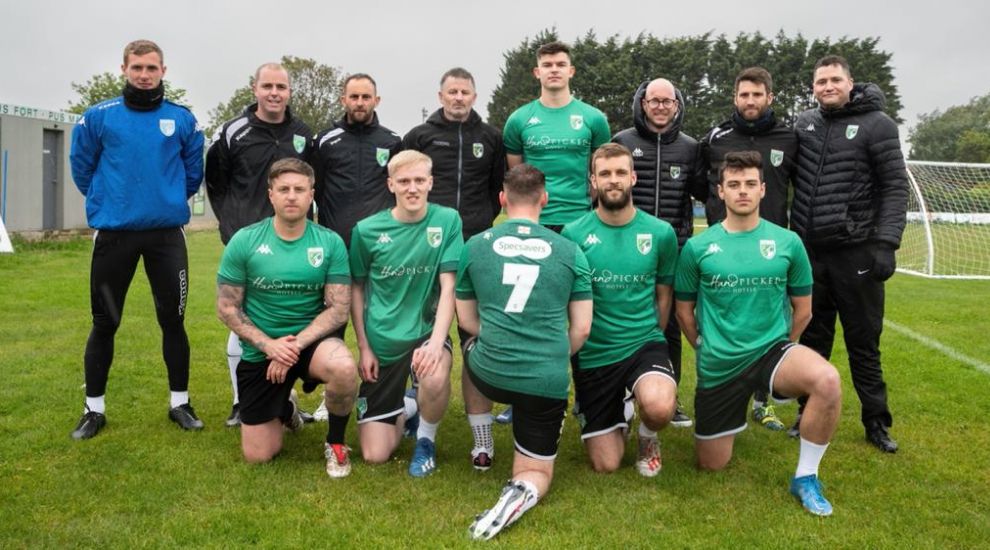 The 2021 Rangers Super 7s football festival takes place this weekend with 70 local teams taking part at KGV Playing Fields. Now in its ninth year, the event promises to be a feast of football, with players ranging in age from six to 14.

‘We’re delighted to be able to stage the Super 7s this year following the cancellation in 2020 due to the Covid-19 pandemic. We are welcoming all local Guernsey FA affiliated clubs and we’re delighted that players from Alderney will also be over to enjoy the festival, which always has a fantastic atmosphere. Guernsey Cricket will also be attending to give the players an opportunity to try a new summer sport while they’re not playing,’ said Lorraine Ellis who is part of the organising team.

Rangers is expecting 700 players to be involved during the two-day event and the teams will play by individual age group, in a league format, with the top four finishers entering two knockout rounds at the end.

‘KGV is a great venue and the magnificent playing surfaces allow teams to play football the way it should be, i.e. ‘on the deck’. The Super 7s is one of only very few club-wide events this season, which makes it even more special. It is unfortunate that we have been unable to bring teams across from Jersey this year but we’re delighted our Alderney cousins will be across to enjoy the football experience,’ said Rangers’ Football Development Officer, Matt Collas.

There will be two 5v5 pitches for the U7s and U8s with the rest of the age groups playing on six 7v7 pitches. The event is being sponsored by Ravenscroft as part of their continuing support of youth football.

‘This is a great event. It’s always done with inclusivity central to the enjoyment for all and is meticulously arranged so everyone gets plenty of game time. I think what impresses us the most is the family atmosphere this festival generates and the fact that so many of the local footballing community embrace the opportunity. It will also be nice to see Rangers’ U16 and U18 players help referee games during the weekend, said Juliet Bousfield from Ravenscroft.

The festival kicks of at 9am this Saturday and Sunday with finals completed by 4pm on both days.

Make a splash, make a difference