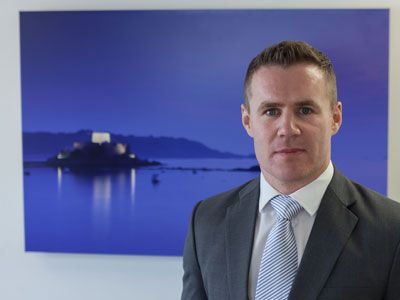 Paul O'Neill, director and co-founder of Legis Tax Services Limited, has been shortlisted in the ‘Rising Star’ category of the WealthBriefing European Awards 2014.

Now in its second year, the WealthBriefing European Awards showcases the ‘best of breed’ providers in the global private banking, wealth management and trusted advisor communities.  This year’s awards celebrate those companies and individuals that have, according to a specially convened judging panel, demonstrated ‘innovation and excellence achieved in 2013’. The ‘Rising Star’ award acknowledges individuals who have shown the promise to develop into a truly outstanding industry leader.

Final results will be announced at a gala awards dinner at The Guildhall, City of London on 15 May.

‘Those shortlisted in these awards are all worthy competitors, and I would like to extend my heartiest congratulations. These awards will recognise the very best operators in the private client industry, with ‘independence’, ‘integrity’ and ‘genuine insight’ the watchwords of the judging process.’

Mr O’Neill joined Legis in 2012, co-founding its tax and advisory services division, and has more than ten years’ experience in the local finance industry.  He specialises in advising high and ultra-high net worth individuals, emigration planning, capital gains and inheritance tax planning, advisory services to the offshore funds industry, business development and marketing.

His professional experience and success has already led to industry recognition as a leading figure. During 2013, he was included in Private Client Practitioner magazine’s ‘Top 35 Under 35’ list and featured in Citywealth’s “Guernsey Future Leaders” list.

‘This recognition is a great testament to Paul’s continued professional accomplishments. His ambition, technical ability and client-friendly approach continue to set him apart as a future leader.

‘In little more than a year, our tax arm has achieved a great amount and Paul has been hugely instrumental in this success.’