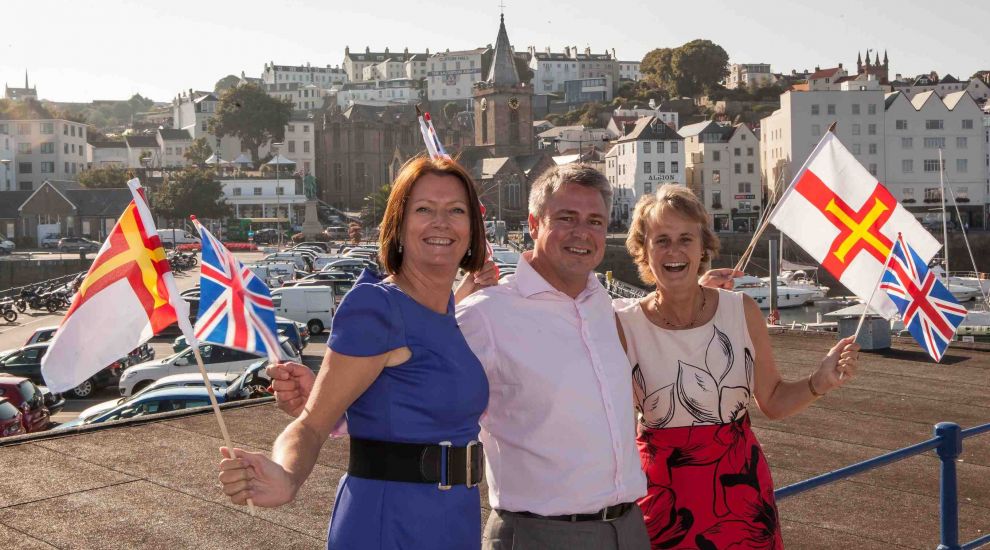 A NEW fundraising campaign is being launched to create a fully equipped apartment for Channel Island parents with babies needing neo-natal care at Southampton General Hospital.

The Priaulx Premature Baby Foundation, in partnership with Investec Specialist Bank, wants to raise £150,000 to create The Burrow – a place where families with babies being cared for in Southampton can stay. The campaign will be launched officially this weekend at the annual Proms on the Pier.

One of the key fundraising efforts planned over the next three years will give islanders the opportunity to ‘Buy a Brick’, allowing them to contribute towards The Burrow – a property just a stone’s throw from the hospital.

‘From personal experience it can be a very stressful time when you suddenly find yourself away from home, totally unprepared and with a new, often very sick baby who is receiving specialist care. The last thing you want is to be worrying about where you are going to stay and how you are going to get to go and see your baby each day,’ said Jo Priaulx, the foundation’s co-founder.

Investec has pledged three years’ support to the campaign, hosting the foundation’s campaign stand at some of its most prominent island events.
This year the bank is the new headline sponsor of Proms on the Pier, which takes place on the Albert Pier on Saturday 13 September.

‘We are very proud to be able to support the Priaulx Premature Baby Foundation’s admirable plans and will do all we can to help the charity realise its dreams,’ said Stephen Henry, head of Investec Specialist Bank in the Channel Islands.

‘Investec is also delighted to be able to help make Proms on the Pier – an event that lies at the heart of Guernsey community life – bigger and better than ever. We think that it is the perfect place to launch such a worthwhile campaign and wish Jo and her team of volunteers the best of luck.’

The PPBF is currently two years into a 10-year lease on a property, within sight of Southampton Hospital, which was generously gifted to the charity for the benefit of islanders with children needing treatment. While there are running costs, there is no monthly rent to pay.

Co-founder of the PPBF, Jo Priaulx, said having the flat in Southampton made the foundation realise there was a real demand for a home-from-home for islanders. That made the charity more determined than ever to add to the services they were are already able to provide - to secure another property enabling them to help as many families as possible through a tough time.

'We are absolutely delighted to begin this partnership with Investec. Buying a property has long been a dream for the charity and now that dream could become a reality. It is the largest and most exciting project we have ever launched but hope, with the support of Investec and the generosity of islanders, we can bring The Burrow to life,’ she said.

Mrs Priaulx added that for Channel Island families having a premature or poorly child in a UK hospital was a very difficult, uncertain time.

'We hope that being able to offer them somewhere safe and comfortable to stay, that is a short distance from the ward, will help ease the pressure at a worrying and stressful time. We really do believe that with Investec’s help and proven track record in lending support to successful community projects we can achieve our aims.’

For more information about the campaign go to www.ppbf.org.gg.