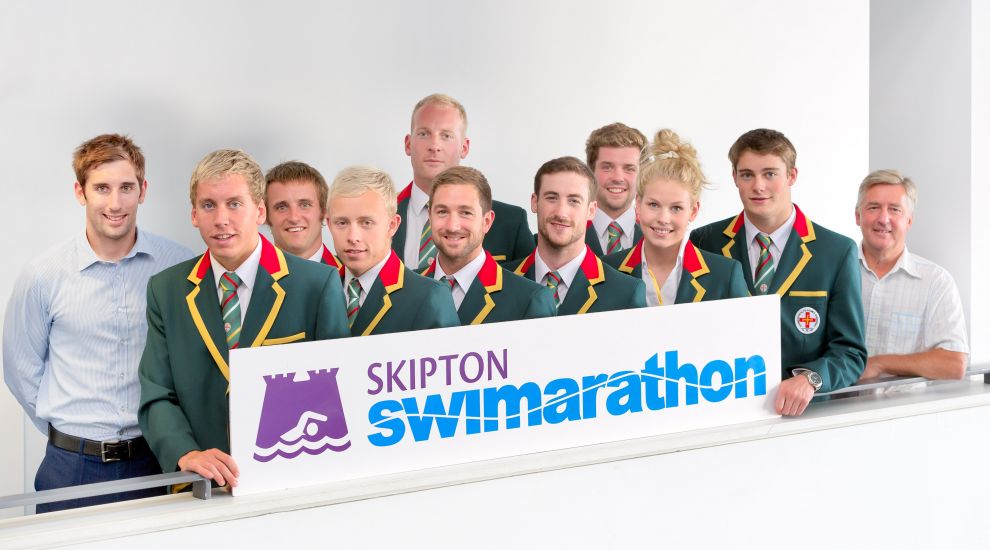 The Skipton International Swimarathon committee are delighted to announce that Guernsey’s Commonwealth Games swimming team are to be this year’s Swimarathon Ambassadors.

Steve Hogg, Chairman of the Skipton Swimarathon Committee said: ‘We are delighted that the Commonwealth Games team have agreed to be our Ambassadors. As some of Guernsey’s top swimmers, they are the perfect inspiration for those who are taking part in this year’s fund raiser. Swimming is fun, healthy and an important skill when you live on a small island like Guernsey. ‘

The Guernsey Commonwealth Games swimming team is one of the largest teams to represent the Island later on this month in Glasgow. Swimming Team Manager, Alison Frankland says the swimmers are looking forward to being involved: ‘Local swimming clubs have been involved in the Swimarathon for many years and know just how important it is, not just in raising funds for charity, but also in encouraging people of all ages to take to the water. I hope that as many youngsters as possible will take part in this year’s Swimarathon and get inspiration from our Glasgow team so that in years to come they too can compete for their island.’

The Swimarathon is suitable for all ages and abilities, in previous years some participants have chosen to use various methods to travel up and down the pool, including floating aids, canoes and surf boards.

Last year 1,540 swimmers took part in the Swimarathon, raising £45,000 for charitable causes on the Island, the main beneficiary being the Friends of Saumarez Park Playground. The funds are helping with the first phase of a new Children’s Playground at the Park.

You can find out more and register your team at: www.swimarathon.org

This year’s charities:
Autism Guernsey [in partnership with NAS Guernsey] currently provides the only autism specific Outreach Service in the Bailiwick, directly supporting individuals and families affected by autism. Demand for this much needed service far exceeds the current service capabilities meaning additional support is required. The charity will use the money donated by the Skipton Swimarathon, to employ support-workers who will be able to give 1-to-1 practical help to children and adults through this much needed service.

The Channel Islands Air Search is a search and rescue organisation which acts as the Lifeboats’ eyes in the sky and is funded entirely by charitable donations. Last year the search aircraft, The Lions’ Pride, was irreparably damaged in a crash, with around £3,000,000 needed to fund a replacement.