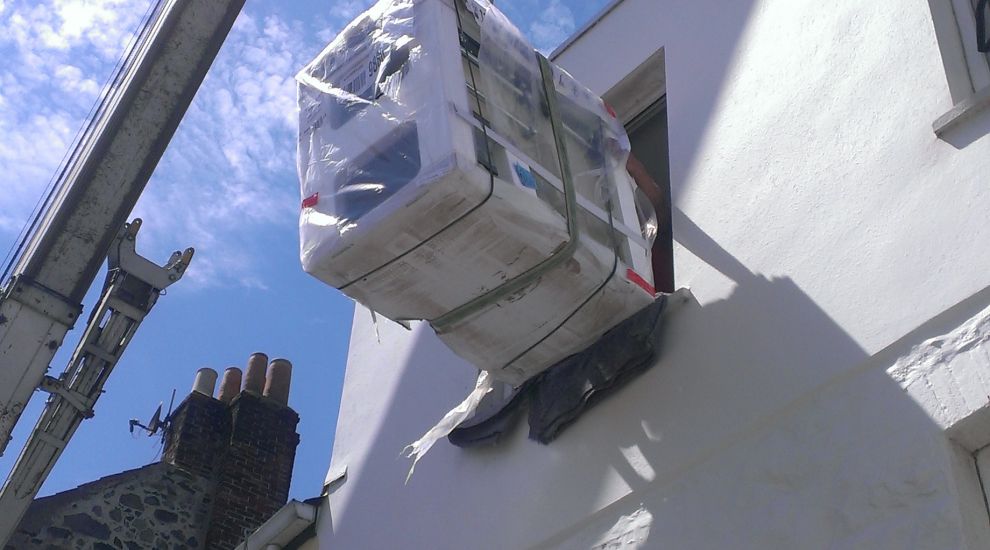 GUERNSEY Gas has undertaken its most unusual delivery – a 120 kilo cooker by crane.

Engineers tried to deliver the dual fuel range cooker to the customer’s top floor kitchen but with the appliance measuring a metre long and 90 centimetres high, they were unable to manoeuvre around the bannister.

‘That created a bit of a challenge for our Energy Centre sales assistant Kim Le Cheminant but she managed to co-ordinate it all so that the new range was delivered, lifted by crane and moved through the top floor window to be fitted. The old range was then taken out the same way,’ said Guernsey Gas director John Davies.

‘It’s certainly our most unusual delivery but we were more than happy to do what we could to ensure the customer received the range they had ordered.’

‘It was a huge team effort and we needed to complete it as soon as we could as a road had to be temporarily closed to ensure the crane was in the right position and the operation was carried out safely. Our thanks to everyone involved and apologies to anyone who was inconvenienced during the short time the road was inaccessible,’ said Mr Davies.