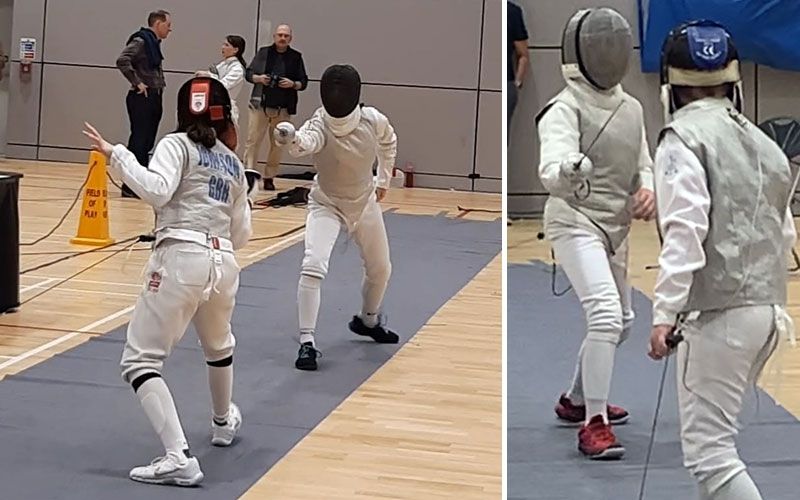 The event is the premier youth fencing championship held in the UK and is open to qualifying fencers between the ages of 11 to 18.

The Guernsey fencers, some of whom were competing in their first major competition performed posted excellent results.

In the under 16 girls Epee Fiona Fitton placed in the middle of a very strong field.

The boys did equally well in their events. Oakley Francart fencing in the boys under 16 Sabre placed in the top half of the field and Thomas McColl also performed well. Both fencers are in the lower part of the age group and faced older opposition.

In the under 12 boys foil Alexander Demetriou, fencing in only his second UK competition fenced out of skin to place well into the upper half of the field in thew event with the most entries.

The performance of all Guernsey fencers reflects the talent and potential of the young up and coming fencers Guernsey is producing and is a tribute to their hard work and commitment to the sport.

Amice and Oakley are also in training to compete in the Cadet age group in the Commonwealth Fencing Tournament being held this August in London.