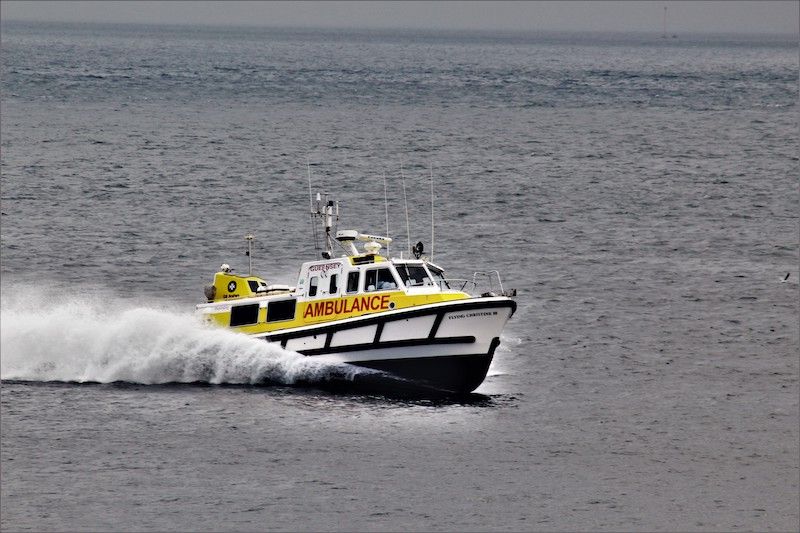 The Flying Christine III was sent to Sark for a patient with a medical condition requiring treatment and transport to Guernsey.

The St John marine ambulance was requested by the Sark doctor and left St Peter Port at just after 1:15pm, Thursday 19 November. On arrival in Sark the medical crew were met at the harbour by the island doctor and Sark ambulance. Following a handover, the patient transferred to the Flying Christine for observations and transport to Guernsey.

The Flying Christine was back in Guernsey within an hour of departing and on arrival in St Peter Port the patient was conveyed by road ambulance to the Emergency Department of the PEH.

This was one of 19 calls for the emergency ambulance service on Thursday.

The St John marine ambulance is funded by charitable donations, sponsorship and bequests. The boat crew is made of up of volunteer skippers and engineers from the local maritime community and a paramedic led medical team from the emergency ambulance service. Anyone wishing to support the Flying Christine III can contact St John on 725211.

St John would like to thank the volunteers who assisted on this mission.