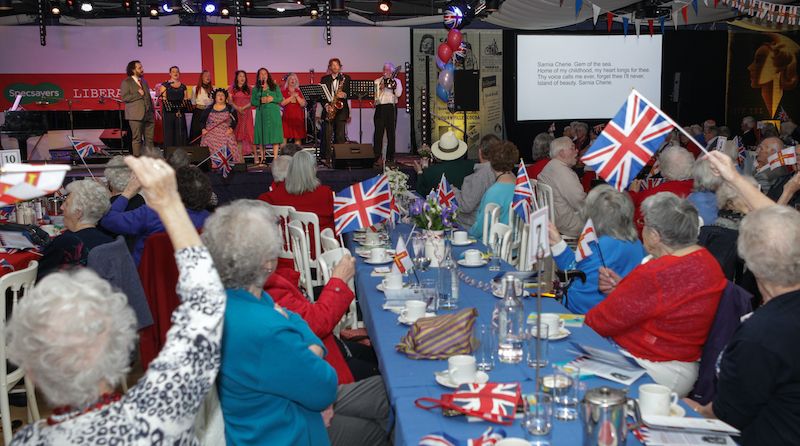 More than 600 people attended the dances across the Friday and Saturday, with compère Dennis Burns leading the event, and guest appearances from Governor Sir Ian Corder and Bailiff Richard McMahon.

The event showcased a host of local talent to keep guests entertained, including Martin Cordall and the Elastic Band and Donna Rogan and Vanessa James of Retro Danceography, as well as an array of local singers. Film-maker Alex Bates of White Rock Productions also previewed his latest film, Occupied.

Volunteers were on hand to collect donations on behalf of Blind Veterans UK. The charity, which supports a number of islanders locally, provides free support and services to visually-impaired ex-Armed Forces and National Service personnel.

Specsavers co-founder Dame Mary Perkins said: "We were delighted to be able to go ahead with the Tea Dances. Both days were equally as fantastic and truly helped to lift the spirits of islanders following the challenges of the last year."