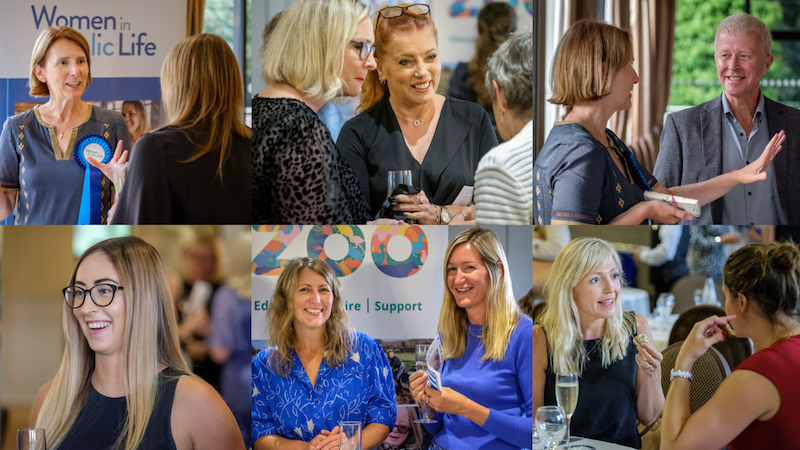 Butterfield supported 100 Women who Care, the new not-for-profit aimed at helping local and sometimes underfunded charities in Guernsey, to host their second event of the year in September which saw three charities receive a share of £10,000.

Bringing together 100 women who each donate £100, the event saw Autism Guernsey, Look Good Feel Better, and The Accidental Zoo receive a share of the collective £10,000 donated based on the number of votes they received following presentations on their work. The charities were awarded £4,352, £3,889 and £1,759 respectively.

Butterfield has been supporting 100 Women who Care since its inception in 2020, setting up a bank account for the organisation as part of its local charity banking service. The September event was sponsored by Butterfield, who also made a cash donation to the charity.

Amber Burns, board director of 100 Women who Care, said: “We’re very grateful to Butterfield for their sponsorship of this event and support in setting up a bank account.

“Having their backing has been invaluable and we’re excited to see the ways in which 100 Women who Care can help benefit the island, particularly as the donations received go directly to the chosen charities and we seek to help those who aren’t as well-known as other larger charities.

“We had a great time at our second event, hearing from three more fantastic charities that do amazing work in the island, and we heard direct from a person who benefits from the work Autism Guernsey do and how the service impacts their life. We’re looking forward to the third event and we encourage anyone keen to attend to sign up as it’s a great evening of networking and charitable giving.”

Richard Saunders, Butterfield’s Managing Director, Channel Islands, said: “Butterfield is a big believer in supporting the communities in which it operates, and we play an active role in getting behind initiatives that enhance prosperity, foster social progress and enrich the quality of people’s lives.

“Our support of 100 Women who Care has seen us be able to provide both financial services, in terms of setting up a bank account which is essential for any charity, in addition to supporting its work and that of the other local charities who are worthy recipients of the financial donations. We encourage any Guernsey registered charity that distributes its funds in the Bailiwick to have a conversation with us and see how we can support their banking needs.”

The third event is due to take place on 2 December.