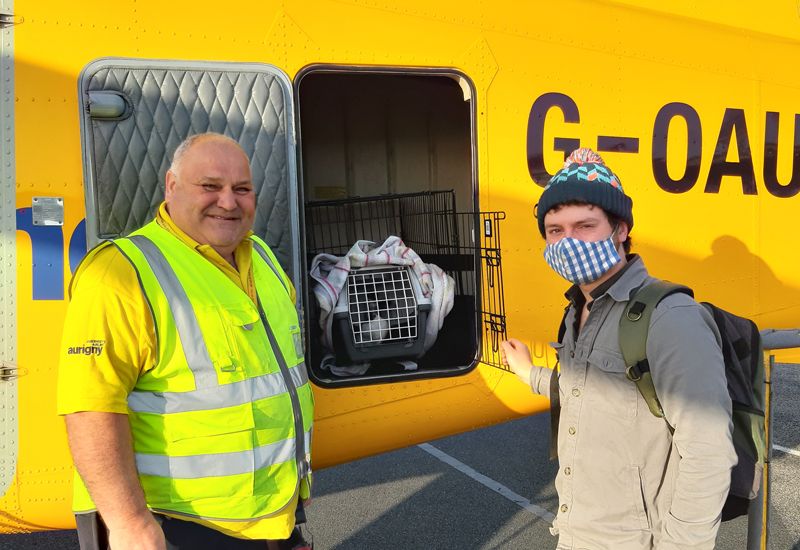 The GSPCA never know what and where something might arrive from and yesterday a poorly bird flew into Guernsey needing their help not by feather but instead by Aurigny wings.

Ronald Gauvin Alderney Wildlife Trust CEO said “Caring for our wildlife and natural environment is often a team effort, and never more so than in the case of wildlife rescue.”

“Today the Alderney Wildlife Trust (AWT staff), who had rescued an oiled Guillemot 10 days ago, and where managing its care with support of the Alderney Animal Welfare Society (AAWS), loaded the recovering bird onto an Aurigny flight with a member of staff so she could received additional care from the wildlife team at the GSPCA.”

“Alderney is home to some of the largest seabird colonies in the whole of the English Channel.”

“The teams of staff and volunteers at the AWT and AAWS support each other in dealing with the numerous injured seabirds and other animals which are discovered each year.”

“However, in incidents such as oiling the long term care and specialist facilities needed to support, what might be many weeks of recovery, requires the facilities and staff that can only be found at the GSPCA centre in Guernsey.”

“Moving animals between island's on short notice often requires the organising of a 'medevac' flight.”

“Time and again the Aurigny team step up to ensure the animals have a place onboard one of the Dorniers, creating a bridge so desperately needed by the island's wildlife charities.” 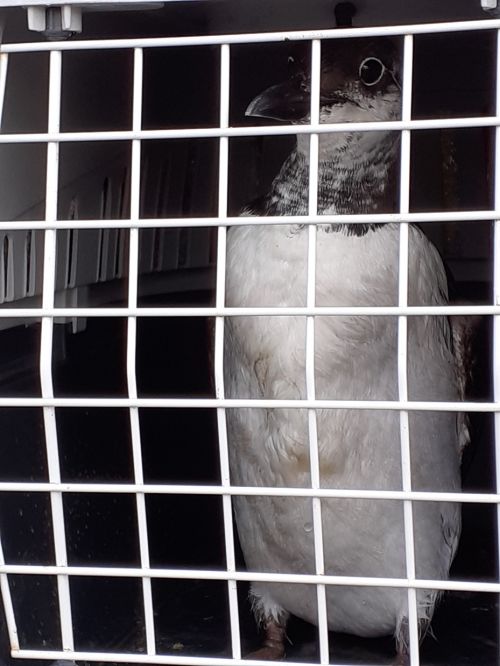 Pictured: Jack the Mot, the guillemot from Alderney, is currently being cared for at the GSPCA until he's ready for release.

Jess Mauger Aurigny PR Manager said “At Aurigny we have been flying the puffin for years, but to help fly this injured guillemot today was a real privilege. It is great when the two islands and organisations work collaboratively together and we wish Jack well with his recovery.”

Steve Byrne GSPCA Manager said "With over 1500 sick and injured birds rescued and through our doors every year at the GSPCA we help a wide variety of species from across the Bailiwick."

"Thankfully we don't see the numbers of oiled birds as we did in the past but each winter and during stormy months oil gets disturbed from below the waves and comes to the surface contaminating seabirds."

"Jack the Mot a guillemot from Alderney as the bird has been called is one of the very lucky birds to survive and a huge thanks to Alderney Wildlife Trust who rescued the seabird and Alderney Animal Welfare Society for caring for it and not to mention a heartfelt thanks to Aurigny who transported the guillemot to Guernsey."

"Jack the Mot having had the oil cleaned now needs its natural oils to come back to float and will be cared for at the GSPCA until ready for release."

"We will of course keep everyone up to date on Jack the Mots progress."

Pictured top: Jack the Mot, a guillemot from Alderney, was flown to Guernsey via Aurigny