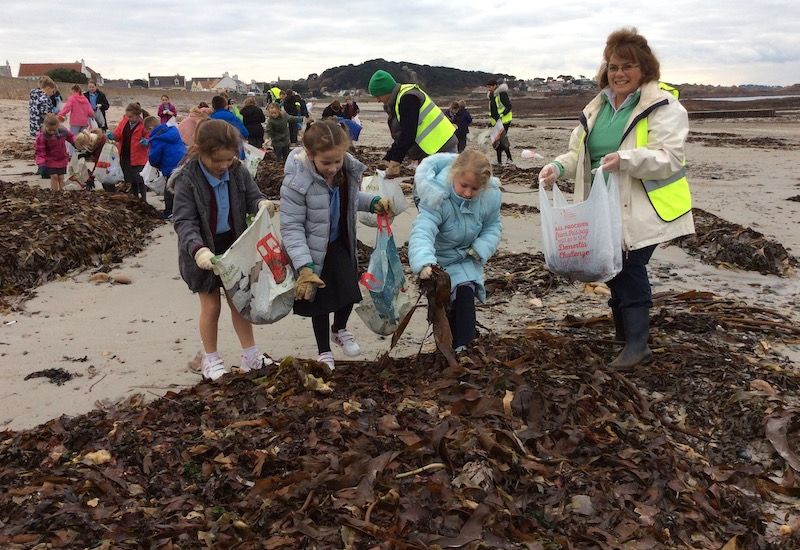 The firm won the 2018 CSR Award presented by the Guernsey Community Foundation for its work in the local community. It's the second time Investec has won the award.

Staff were awarded the Community Foundation Awards accolade in recognition of their active involvement in the chosen scheme, which helped students studying maths at La Mare de Carteret.

The Guernsey Community Awards celebrate local charities, organisations, groups and individuals who work tirelessly to raise money and embark on community projects for the benefit of others.

Investec has launched a number of initiatives within the community, including unique partnerships with Amherst and La Mare de Carteret primary schools. Staff from the bank have taken an active role in the projects, assisting with breakfast club, maths club, coding (computer) club, reading and various outdoor activities. At La Mare de Carteret, Investec staff have volunteered almost 1000 hours at the school which has resulted in raising the pupils' attainment scores, particularly in Maths, where the schools tracking systems shows that 17% more (from 52% to 69%) children are now working on age appropriate targets.

"Investec have provided some valuable support for our Outdoor Learning provision, helping create exciting and memorable experiences for the children and supporting our ethos of allowing pupils to choose and select their own learning pathways within the outdoor setting. Younger children are particularly well supported in developing collaboration and independence. The support from Investec also allows children to discuss their ideas and learning in a relaxed environment that is very different to a classroom setting.

Investec's CSR programme is led by Michelle Le Clerc, who collected the award on behalf of the bank.

"Our philosophy is to make an unselfish contribution to the community and therefore we focus on giving staff time, not just money. Our CSR work concentrates on entrepreneurial, educational and environmental issues as this is where we believe that we can have the most impact. These values are communicated and supported throughout the organisation which is why our initiatives work so well - everyone believes in them and gets behind them," she said.

"It is a significant achievement to receive this recognition locally, where so much good work is done by business in the community. Investec has a long-held and well-known reputation in the Channel Islands for its commitment to using its expertise and knowledge to support the work of the non-profit sector. Michelle Le Clerc works tirelessly on behalf of the bank and our community partners to bring these initiatives to fruition and importantly to ensure they are sustainable. This award recognises the effort of Michelle and the whole team at Investec to use our skills to make a difference."