Three sworn in as Guernsey advocates 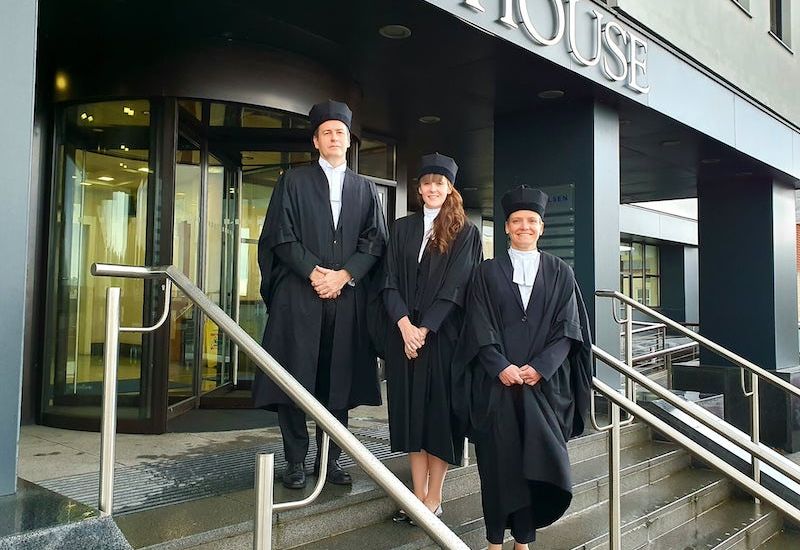 Three sworn in as Guernsey advocates

Three Carey Olsen lawyers have been sworn in as Guernsey advocates, having successfully completed their Guernsey Bar exams and the Certificat d’Études Juridiques Françaises et Normandes at the University of Caen.

Simon Florance, Julia Schaefer and Rachel de la Haye were called to the Guernsey Bar and have been admitted as advocates of the Royal Court of Guernsey, with a swearing in ceremony earlier this month.

Mr Florance is Counsel in the firm's dispute resolution and litigation team, specialising in commercial litigation and regulatory matters. He was admitted as a solicitor to the Supreme Court of New South Wales, Australia and to the High Court of Australia in 1994 and as a solicitor in England and Wales in 2017.

Ms Schaefer is a Senior Associate in the dispute resolution and litigation team, where she specialises in complex trust and litigation matters. She has practised in Guernsey since 2014 after training and practising in the City of London where she qualified as a solicitor of England and Wales in 2010.

Ms De La Haye is an Associate in the corporate and finance team, advising on a wide range of corporate matters with particular emphasis on investment funds and financing. She joined Carey Olsen as a paralegal in 2013 before completing the Bar Professional Training Course and qualifying as a barrister of England and Wales in 2015.

Russell Clark, Managing Partner of Carey Olsen's Guernsey office, said: "We are delighted to see Simon, Julia and Rachel being called to the Guernsey Bar. They have shown a great deal of hard work and commitment to their studies and should be rightly proud of their achievements. All three are key members of their respective teams and I look forward to watching them build on this personal milestone as they continue to develop their careers at Carey Olsen over the coming years."

Emergency app "could mean the difference between life and death"