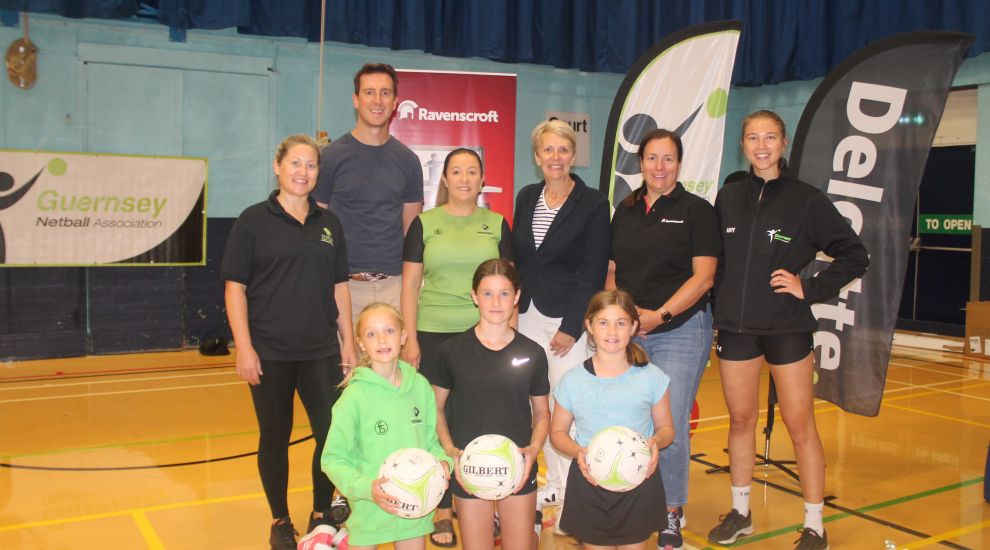 Guernsey Netball has received sponsorship from Deloitte and Ravenscroft, which will help fund the sport as it continues with its transformation.

Over the last six months, Guernsey Netball’s committee has drawn up a new constitution, recruited new committee members and now Ravenscroft and Deloitte have signed deals which will enable the continued plans for growth.

"There are many things that sport needs to succeed – players, premises and people to lead, organise and officiate. We now have all that at Guernsey Netball but without funding it would have been impossible to make our plans a reality," said Chair Lynne Duquemin.

"Netball is a sport with an exciting future. There is a huge amount of energy and enthusiasm from the committee and the players and it is fantastic that Deloitte and Ravenscroft have come on board and will help us grow the sport."

Deloitte is set to sponsor both the GNA Winter Leagues and the role of Netball Development Officer, Amy Fallaize.

Ravenscroft will support three-year deals for the GNA Coach the Coaches programme and the GNA Future Panthers, the netball initiative for primary school children.

"The Winter Leagues are hugely popular, with four divisions providing an opportunity for people of all ages to enjoy the sport, develop their skills and stay active. We’re equally proud to support the Netball Development Officer role. Amy is helping to build the sport at grassroots level, increase participation and make it more accessible for people of all ages and abilities. We’re looking forward to supporting Amy’s work in schools and at community events and to see the impact across the island," said Martin Popplewell from Deloitte.

Mark Bousfield, Group Managing Director of Ravenscroft said: "Without coaches and umpires, there is no netball and so by supporting development of coach the coaches, netball will have a solid foundation that everything else is built on. That ties in nicely with our support of Future Panthers who are the next generation of players. The hope is that with Ravenscroft’s support there will be a constant flow of new players taking part in the leagues and making themselves available to play for Guernsey."

Mrs Duquemin added that the hope is that more youngsters from Guernsey would play nationally and internationally in time and this sponsorship will help to achieve that.

"Heather Watson, Sebastien Priaulx, Ala and Cameron Chalmers and Alex Scott are just some of the amazing athletes from Guernsey who are now at the top of their game. Our hope is that all of our hard work and the support of companies like Ravenscroft and Deloitte will mean we have netballers from Guernsey playing in the UK and beyond," she said.