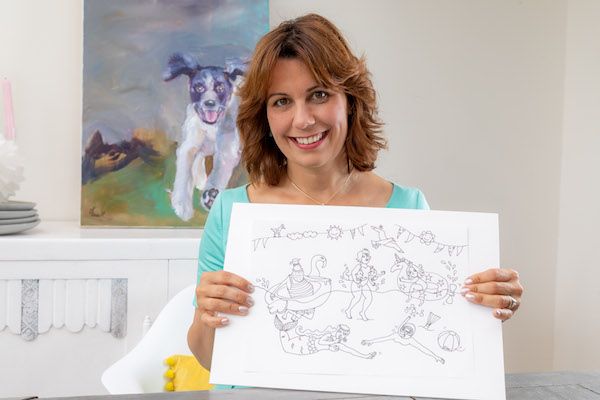 Earlier this week, a new children's colouring competition was launched by the Skipton Swimarathon, encouraging more children and families to engage with the event.

Local artist Sharka Lee was commissioned by Skipton to create a fun design to encourage even more people to be involved with the five-day fundraiser.

The competition is open to all children aged 4-10, with the best artist winning a family day at Pirate Bay Adventure Golf followed by the cinema. They will also have the privilege of launching one of the weekend Swimarathon sessions at Beau Sejour.

Sharka Lee is a children’s book illustrator and art teacher at Elizabeth College, which has participated in the ‘Schools at Large’ swimarathon competition for many years.

Ms Lee said: "It was an honour to be asked to be involved with the Skipton Swimarathon and being given such a fun project to work on. I really enjoy illustrating for children as it’s such a liberating experience: you can be as imaginative and creative as you wish.

"Through this competition, I hope more children are encouraged to join in with the Swimarathon and awareness is raised of some very worthwhile local charities.”

The Village Project at Le Murier School has been selected as the main beneficiary of the event for this year. Money raised will help complete the building of four log cabins to helps students and those in the wider community learn independent living skills.

Nick Guillemette, Chairman of the Skipton Swimarathon Committee, said: “This competition is a chance to bring real colour to the event and for families to get their children involved, even if they aren’t able to swim. For more confident swimmers, we would encourage as many as possible to take to the pool, if they are dressed as mermaids or riding inflatable unicorns it really doesn’t matter as it’s all about having fun!”