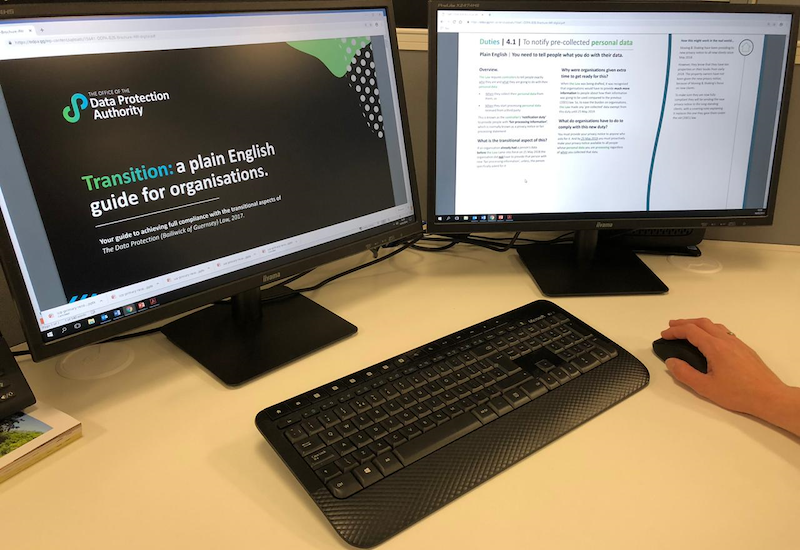 The States systems set up to support businesses through the corona virus lockdown have led to at least one "potential data breach" that has been publicly acknowledged by the island's senior civil servant.

Paul Whitfield confirmed the incident during yesterday's briefing while answering questions from the media, but he insisted it is "not a widespread problem".

The States Chief Executive said initial enquires are underway to find out what happened.

He had earlier explained that more than £350million has been paid out in response to claims made by businesses needing financial support because of the covid-19 lockdown.

Mr Whitfield said staff are being as cautious as ever when handling those claims.

"I wouldn't get into the detail of a specific case but I would confirm that we've been made aware that there has been one potential data breach, and of course as usual we are making initial enquiries and we have reported the data breach.

"It's not desirable and we would apologise at any time if there was such a breach but with an organisation that handles so much data as the States of Guernsey, and now working remotely as never before, we've got to be really cautious on how we're handling so much data and they will be fully investigated as if we were operating normally."

Anyone with concerns over data protection should always in the first instance contact the Data Protection Authority.