New data laws come in today - but do you understand them? 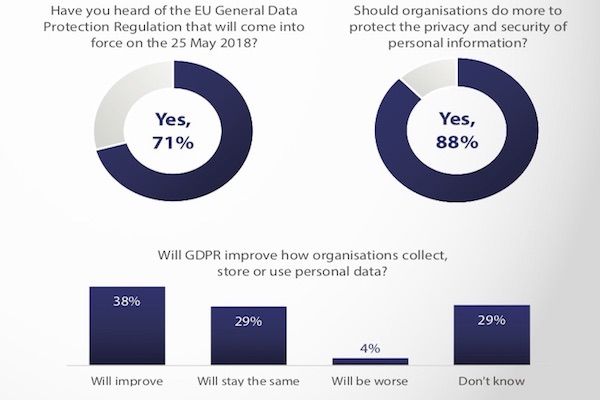 New data laws come in today - but do you understand them?

Island Global Research said nearly half of the people it surveyed are worried about the privacy of their personal data, ahead of new data protection laws coming into force today.

The survey was conducted online in April and May 2018, and was completed by more than 900 residents across the Crown Dependencies, in Guernsey, Jersey and the Isle of Man.

Topics asked included the benefits of sharing personal data and awareness of the General Data Protection Regulation (GDPR), as well as concerns people may have about data privacy and the measures they currently take to protect information about themselves. 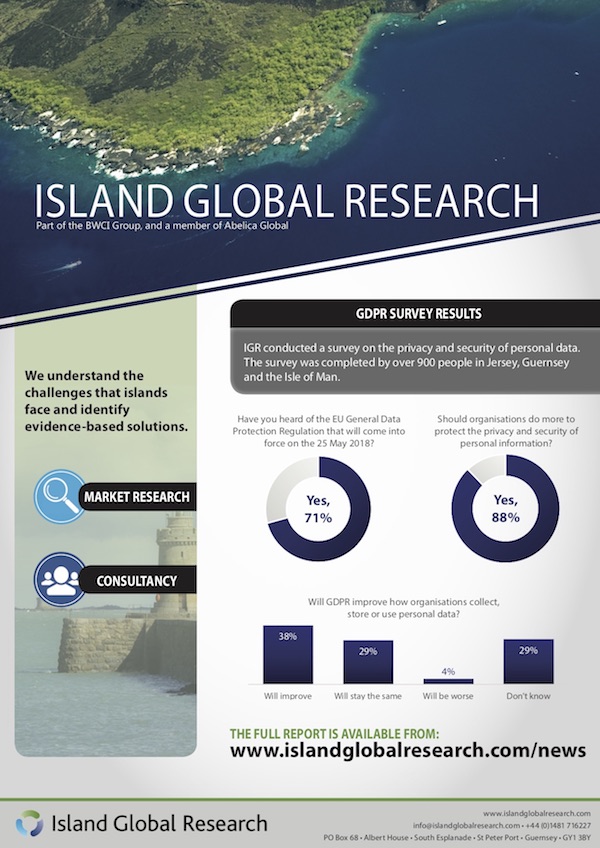 Further detail included in the full report, which can be read here, include concerns over the use of social media, with respondent saying that "keeping in touch with family and friends using social media" and "faster resolution of an issue or concern because my information is already stored" were the most valuable benefits for sharing their personal data.

46% are more concerned about the use of their personal data than they were a year ago, while 53% think the same as they did then. 56% of respondents said their level of concern about the privacy of their persona information is a "7 out of 10" (10 being 'extremely concerned').

Of those who replied to the survey, 88% said organisations should do more to protest the privacy and security of personal information while more than 80% said they were concerned or very concerned over the use of their personal data for unsolicited direct marketing and also the risk of identity theft.

Due to publicity surrounding GDPR, 71% said they had heard of the EU enforcements from today, with 63% aware that GDPR will change how organisations can collect, store and use personal information.

45% of respondents said they have been affected by the misuse or loss of personal information, or know someone who has, while 98% said they have taken action to safeguard their own personal information with 78% actively managing their online privacy settings on Facebook, Google and similar. Other actions taken by 60% or more include using a wide range of passwords, shredding unwanted documents, avoiding signing up to things and using a spam filter.