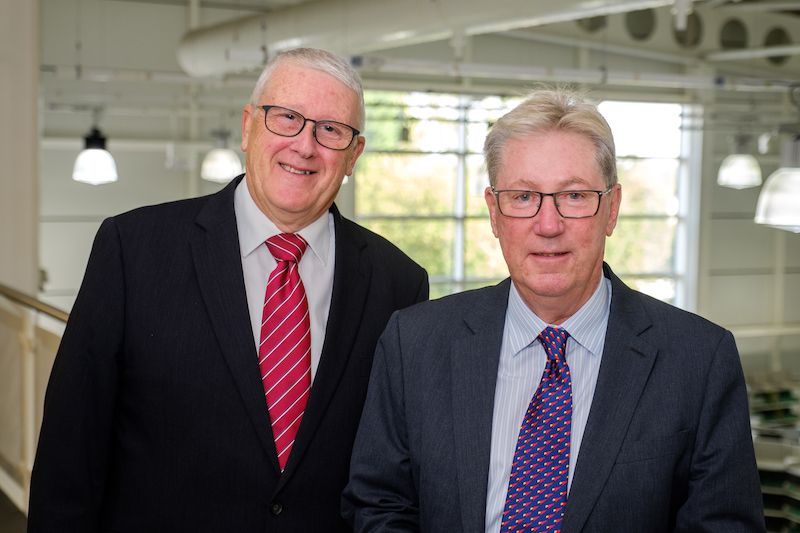 Richard Digard has replaced Simon Milsted who retired from the role at the company’s recent AGM.

The appointment was approved by the States’ Trading Supervisory Board, which acts as the shareholder for the States of Guernsey.

Mr Digard, who has served on the board of Guernsey Post as a Non-Executive Director since 2017, paid tribute to Mr Milsted for his leadership over the past three years.

He said: “We have been extremely grateful for the wealth of commercial experience and guidance that Simon brought to the Board through some extremely challenging times.

“I am delighted to be taking on the role of Chairman and furthering my involvement with the company.”

Mr Milsted said: “I have very much enjoyed my time on the Guernsey Post Board. There have been endless challenges that have faced us during my time, but each in turn has been calmly measured and reacted to in a positive and confident manner.

“It has been a real pleasure to lead such a committed team that spans the entire company at every level. Our success is down to each and every one of them.

“I wish Richard and the entire team at Guernsey Post all the best for the future and thank them for the support and encouragement that they have given me throughout my time working amongst them.”

President of the States’ Trading Supervisory Board, Deputy Peter Roffey said: “Guernsey Post has benefitted very much from the depth of experience that Simon has brought to the company and I should like to extend my sincere thanks to him for his commitment and service to the company.

“The STSB is now looking forward to working with Richard, who we believe will bring helpful continuity to the role of Chairman as the company continues to evolve and adapt successfully to the structural changes facing the postal industry.”

Is this your photograph?