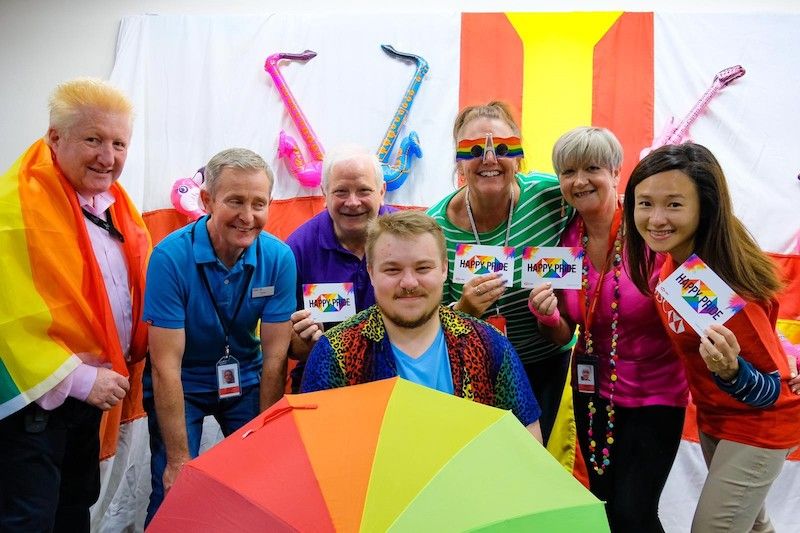 Staff at HSBC in Guernsey and Jersey showed their commitment to diversity and inclusion as part of the Channel Islands Pride celebrations.

HSBC House in Jersey and the St Peter Port branch in Guernsey were both lit up in rainbow colours, while other branches were decorated in Pride colours over the weekend.

Ahead of the Pride celebrations, staff in the Channel Islands and Isle of Man were treated to specially decorated cupcakes and challenged to create colourful rainbow rainbow team photos.

On Saturday - when the height of the #PrideOnTheBeach celebrations were underway - the bank hosted a marquee at Les Jardins de la Mer in Jersey, offering face painting, refreshments, colourful Pride photo opportunities and themed t-shirts.

"It was fantastic to see so many colleagues from the bank immerse themselves in the Channel Islands Pride celebrations this year, by taking part and supporting our efforts," said Steven Beddow from HSBC Channel Islands and Isle of Man.

"As an organisation we remain absolutely committed to championing the benefits of diversity and inclusion in the workplace and there's no doubt that came through strongly this year."