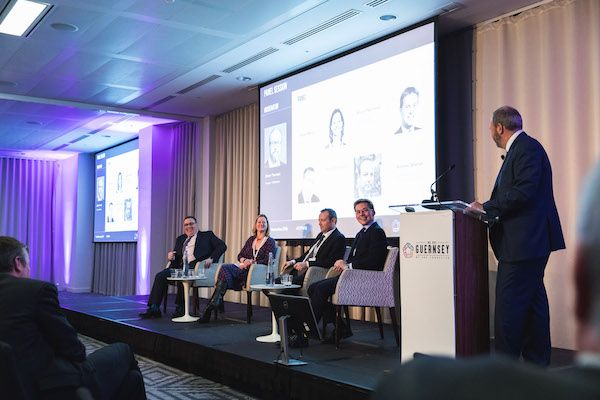 The Guernsey Funds Masterclass in London has heard how the island’s investment industry should "see a benefit" as managers move to "establish more parallel funds in response to investor demand."

Panellists agreed, as concerns over regulation and increasing costs of popular UCITS funds in Europe were discussed as driving managers to consider setting up "duplicate structures outside of Europe" with Guernsey described as "well-positioned to accommodate that demand."

Andrew Seaman, Executive Partner and Chief Investment Officer at Stratton Street Capital, has already made a similar move. He said that managers had to respond to investor concerns about increasing costs. His company launched a Guernsey-domiciled Renminbi bond in 2007 and followed it with a UCITS version in 2013.

“We are increasingly seeing clients in Asia, Australia, Switzerland and the US considering options other than UCITS. That wasn’t the trend a few years ago but is much more common today.”

PwC UK Asset Management Tax Partner Robert Mellor, one of the authors of the firm’s thought leadership articles on the future landscape of the asset management industry, agreed.

“The future for managers is probably having to think about a range of sister vehicles to suit the needs of different investor groups,” he said. “The landscape going forward is more about a tailored conversation with investors on which fund product suits them. Cost comes with that, but one thing we find is that US clients don’t want to feel they have to have just an onshore European product. If you push non-euro investors into that, you’re laying all the costs and overlay of reporting and regulation on all the investors who are not causing the issues."

Guernsey Finance Chief Executive Dominic Wheatley said that the panel discussion, and Mr Mellor’s keynote address, had highlighted Guernsey’s ability to take a global approach to fund distribution: “Guernsey supports international investors and should be seen as a pivot to the rest of the world for the City, reinforcing our position as a complementary centre to the UK asset management industry, and we believe our position will only be strengthened after Brexit.”

The Guernsey Finance-hosted event, which attracted more than 120 people from the London funds sector in a 200-strong audience, also discussed opportunities for the island to help managers overcome uncertainty before Brexit rules and regulations are confirmed.

Pictured above: The panel at the Guernsey Finance Funds Masterclass