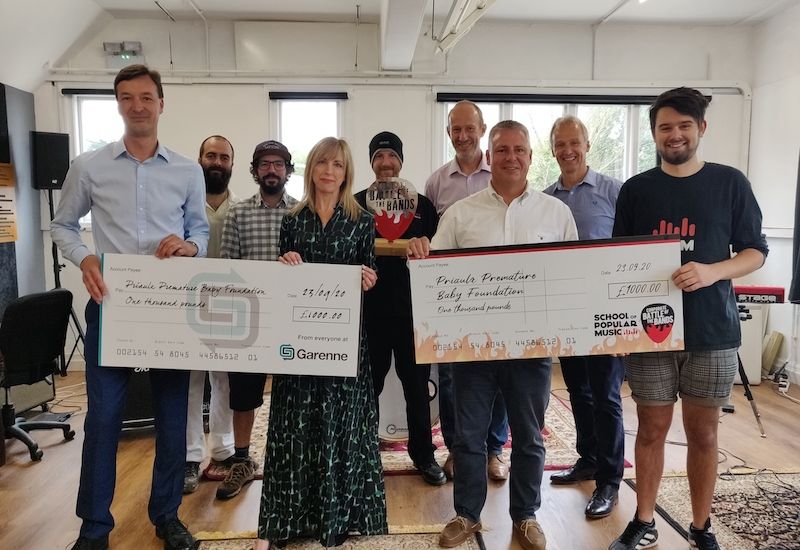 The Priaulx Premature Baby Foundation has been presented with a £2,000 donation from the Garenne Group, after they were crowned winners at the island's first Corporate Battle of the Bands.

The company put together a band, made up of members of staff, for the charity event which took place earlier this month, and managed to wow both the audience and the panel of judges.

The Group won £1,000 to give to the charity of their choice.

"This is the first year we have organised the event," said Tyler Edmonds from the School of Popular Music, which hosted the battle. "It was a great success and we'll definitely do it again.

"We're very pleased that the prize money has gone to the Priaulx Premature Baby Foundation - such a deserving charity."

Following the event, the Garenne Group decided to match the donation and give a further £1,000 to the charity. 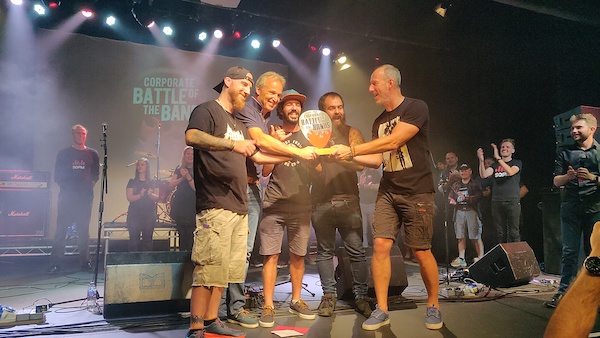 Pictured: The Garenne Group band were crowned winners of the Corporate Battle of the Bands.

"The PPBF is a well-deserving charity," said John Waterman from the Group. "They helped members of my family by providing private accommodation next to Southampton Hospital for almost a year while their daughter was receiving life-saving treatment, making a difficult time a little easier."

The charity was also close to the heart for band member, Darren Carre.

"PPBF were able to help house some close friends of mine in one of their UK apartments for a period of time whilst their son was undergoing extensive life-saving treatment, so the choice of charity was an easy one," he added.

The foundation spends around £30,000 a year maintaining the two properties it owns, both of which are situated close to Southampton Hospital.

"This donation is amazing, thank you so much," said Chairman of the charity, Richard Le Tocq. "The funds will cover the costs for two months for one of our flats - that's a huge help to us.

"Our compassionate housing provides a home-from-home safe haven for families that are going through extremely difficult times away from all they know. We're pleased to be able to help take some of the stress away by providing a comfortable and private place where families can stay."

Pictured top: The Garenne Group and SOPM handing over their cheques to the PPBF.