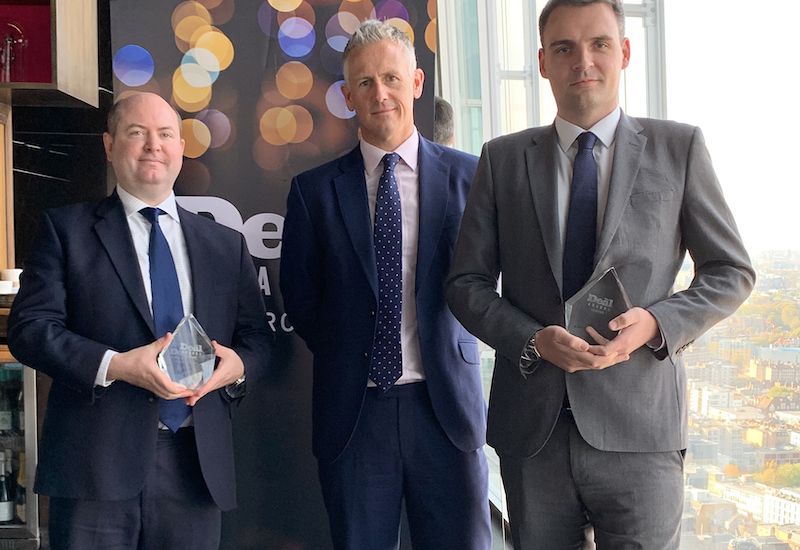 At a ceremony held at the Shard in London last week, the firm was recognised alongside the other advisory teams involved in the $5.6billion acquisition of Jardine Lloyd Thompson Group and Stride Gaming's £115million takeover by Rank Group.

Working alongside Slaughter & May, Carey Olsen advised Marsh & McLennan on the financial regulatory approvals required in connection with the acquisition of JLT in Guernsey, Jersey, the Cayman Islands and Bermuda.

Partner, Christopher Anderson and Senior Associate, Arya Hashemi in Guernsey formed part of the team, along with six others from Carey Olsen's offices.

In respect of the Middle Market Deal of the Year, the firm acted as Guernsey, Jersey and British Virgin Islands counsel for Stride Gaming. Jersey Partner, Guy Coltman led the team, with Guernsey Partner, Tom Carey and Associate Kristina Mikhaylova advising on the regulatory aspects of the gaming license.

"To have been involved in two such notable award-winning deals in the past year is a significant endorsement of the M&A and transactional expertise that exists across the Carey Olsen group," said Mr Coltman. "Awards like this also help to underline our reputation as a global firm with cross-jurisdiction capabilities that is able to deliver effective, responsive and commercially led advice."

Tunnel to Jersey "not worth pursuing"

Double Award Shortlist for Butterfield as “Private Bank of the Year”